Anthony Alfredo (@anthonyalfredo) is still getting used to the reality of being one of the drivers for the No. 21 Richard Childress Racing Chevrolet, so he’s going to do his best to explain the opportunity this week. Alfredo shares how he got the ride and the emotions behind knowing it was a done deal; what the benefits will be of starting his Xfinity Series career as a part-time driver; Alfredo’s impression of the Xfinity Series having watched from afar as his debut doesn’t happen until this March; how he feels about using a simulator and his thoughts on NASCAR’s push of iRacing and eSports; what relationship Alfredo has with Myatt Snider, who he is splitting the car with. He also discusses what he took away from a brief stint in the Truck Series last year; shedding insight into how involved Alfredo is in making his deals happen, setting up meetings, and other aspects of trying to get behind the wheel. Plus, how Alfredo got into doing YouTube videos and his emphasis on other social media platforms; why he is choosing to still get a college education; the origins of the ‘Fast Pasta’ nickname; and whether or not he believes he has to win this year. Music created by Tony Monge. 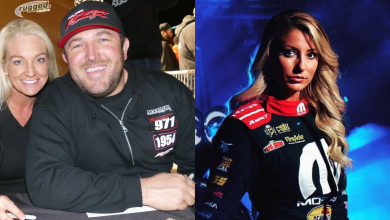 Jim Beaver Returns to UTV Turbo Action at The Mint 400