We close out our time with Richard Childress Racing with two final interviews featuring another one of the drivers of the No. 21 and its crew chief. Myatt Snider (@MyattSnider) is back on the podcast to discuss his opportunity to run part-time with RCR and how the first few weeks have been. Snider discusses how he likes to approach a controversial situation, like after being upset with Noah Gragson in Las Vegas; what he’ll do to stay up to speed with RCR and RSS Racing (who he’s also driving for) when he’s not competing; Snider’s relationship with teammates Anthony Alfredo and Kaz Grala; if he took away from the Euro Series what he’d hoped and the lessons that will translate; how and why he’s also going to run with RSS Racing; if he feels he needs to win in the RCR car. Then meet Andy Street (@AndyStreetRCR), who is getting his chance to be a NASCAR Xfinity Series crew chief after never imagining he’d get such an opportunity. Street shares some history on his own racing career before getting in the door at RCR; some of his memories from previous roles with the company for Kevin Harvick and Clint Bowyer’s teams; why he believes more and more teams are turning to engineers to become crew chiefs; what the challenges will be working with multiple drivers; what the makeup of the 21 team will be after most of the guys graduated with Tyler Reddick and Randall Burnett; the interesting dynamic with Street’s wife also working at RCR; and what the expectations for the 21 team should be. Music created by Tony Monge. 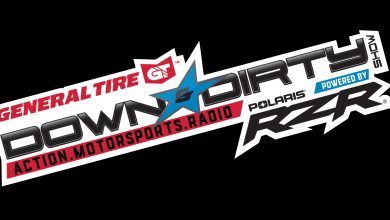