Justin Fiedler (@Justin_Fiedler) has been jumping over pit wall for 14 seasons now as a rear tire changer and he’s sharing insight into the job. Fiedler currently works for Richard Petty Motorsports and the No. 43 car driven by Bubba Wallace, but he’s worn many different fire suits over the years. For someone like Fiedler who is not a college athlete who was recruited, how does one become a pit crew member? The story of his first time going over the wall; winning races; if a driver needs to have a close relationship with his team; some of Fiedler’s memorable moments on pit road with rogue fuel cans and finishing the job while on fire; what teams are doing in between pit stops; insight on pit practice and what else crew members are doing to be ready for Sunday. Then a change of topics as Fiedler also has a second job working for World Racing Group (which owns the World of Outlaws) and shares what dirt fans would recognize him for doing; how he splits his week between the office and changing tires. Plus, Fiedler’s thoughts on the changes coming to NASCAR with Next Gen and single lug nuts. Music created by Tony Monge.

#3 – Thad Moffitt on Racing Now and Then 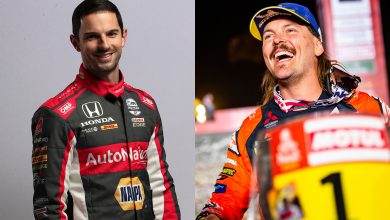