Ryan Preece had a rough start to the season but as of the most recent race in Phoenix, his team has some points on the board and it feels good. Preece is here to discuss the No. 37 JTG Daugherty group and how hard it is to be a Cup Series driver. Did you know that he used to have misconceptions about how easy the cars were to drive? Where Preece thinks games have been eliminated in the garage; what his relationship is with new teammate Ricky Stenhouse Jr. and how they can help each other; having to adapt to so many changes in two seasons; what Preece thinks he does well behind the wheel and his belief in JTG to contend for wins and the playoffs. Plus, Preece shares how his wife Heather also being a former racer and the two beginning their relationship while racing against each other; thoughts on the new Camaro body, and what he believes needs to happen in his sophomore season. Music created by Tony Monge. 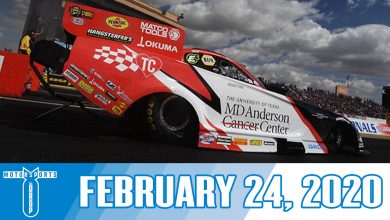