WHY HE’S ON THE LIST: For years, American IndyCar fans have clamored for Daly to have better opportunities than the ones he’s gotten. They’ve wanted to see him in a full-time, competitive ride, and the choice has usually been one or the other; full-time stints at AJ Foyt Enterprises and Dale Coyne Racing, or spot duty at Andretti Autosport or the former Schmidt Peterson Motorsports. Daly’s Indianapolis 500 ended before it even started in 2015 due to a mechanical failure in the pace laps.

That’s why 2020 represents the best opportunity yet for the new driver #20. He’s grown his sponsor relationship with the US Air Force into something large enough to take over road and street course duty in Ed Carpenter Racing’s flagship car, and Daly will drive a third car for the team in Indianapolis. Carpenter has grown his team over time into one of the top squads in the paddock, and they’re perennial favorites to win the biggest race of the year. In short, this just might be Daly’s best chance yet to score his maiden IndyCar victory. 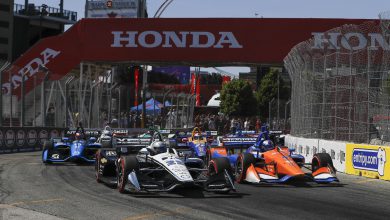