Wednesday marked Stephane Peterhansel’s first stage victory of the year in the car class, as the legendary Frenchman continues to pursue his 14th career Dakar triumph. The stage win brought him to within 11:42 of overall leader Carlos Sainz, who finished third in today’s action; Nasser Al-Attiyah was second in both the Stage 4 standings and overall standings at the end of the day. Chilean Jose Ignacio Cornejo Florimo won today’s motorcycle stage, while Ignacio Casale continued to pad his overall lead in the quads with another stage win and Anton Shibalov beat overall leader Andrey Karginov in today’s truck standings. 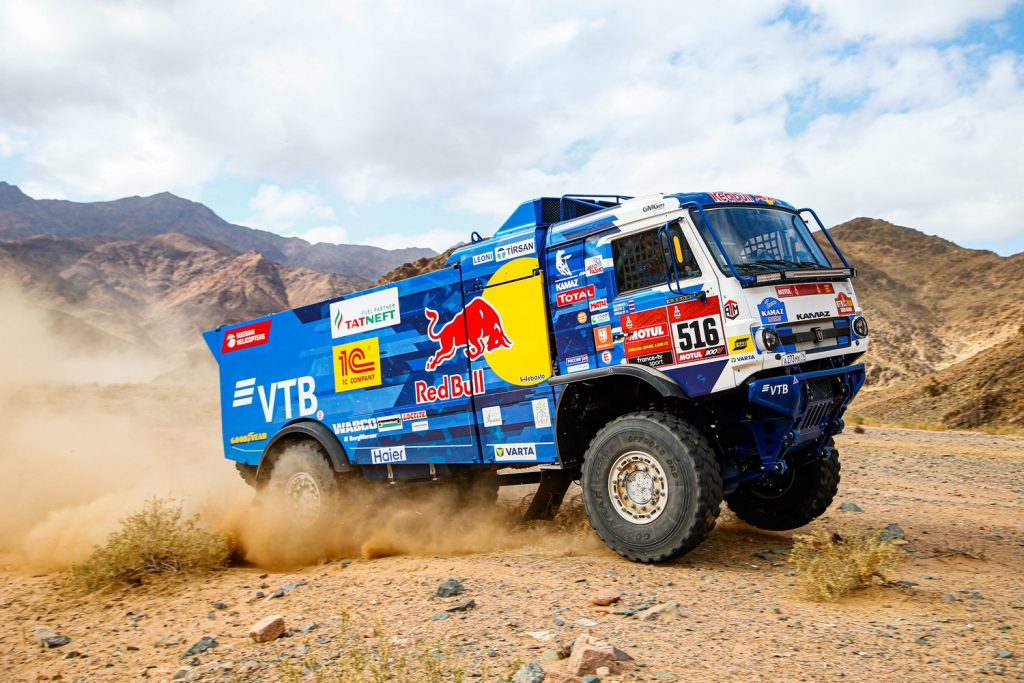 Americans continue to stand out in this year’s Dakar, with Ricky Brabec continuing to lead the motorcycle class through four stages, Klymciw Racing privateer Skyler Howes holding court with a fantastic ninth place, and Andrew Short persevering through incidents and a broken roadbook earlier in the event to hang on to 13th. Casey Currie maintains a podium position in SSV despite losing the lead to Jose Antonio Hinojo Lopez on Wednesday, while Jones and Guthrie sit fifth and sixth, respectively, in the overall standings.

2005 and 2006 Formula 1 World Champion Fernando Alonso posted another respectable finish on Wednesday, making it to the finish 13th in the car class to climb to 20th overall in the standings. After spending more than two hours fixing his Toyota Gazoo Racing Hilux on Monday, Alonso rebounded with a top-five stage result on Tuesday as he looks to finish his first Dakar, thus far avoiding the withdrawals of drivers like Khalid Al-Qassimi and Romain Dumas.

Today’s recap of Stage 4 will air on the NBC Sports Network at its regular time slot of 6PM ET/3PM PT. Tomorrow’s Stage 5 will take drivers more than 550 kilometers from Al-`Ula to Ha’il, with 353 kilometers of special stage and a mix of boulders, sandy hills, and scattered grassy descents.