In the world of endurance racing, two events stand alone in terms of prestige and challenge. The first, the 24 Hours of Daytona, kicks off the IMSA WeatherTech Sports Car Championship season in January. The second is this weekend’s 24 Hours of Le Mans, the oldest active endurance race in the world and the centerpiece of the FIA World Endurance Championship season. It’s so important, in fact, that the WEC has decided to abandon a traditional calendar-based schedule from now on, instead electing to make this race the end of its season starting in 2019.

Most of the world’s top sports car drivers will be competing, as will a number of familiar names to Verizon IndyCar Series fans; Tony Kanaan, Sebastien Bourdais, and Scott Dixon will all compete in the event for Chip Ganassi Racing. Before this year’s 60 entries attempt to go twice around the clock in pursuit of ultimate glory, here are three storylines that US-based fans might want to monitor:

Will Fernando Alonso check off the second leg of the Triple Crown of Motorsport this weekend?

The traditional definition of racing’s Triple Crown includes wins at the Monaco Grand Prix, 24 Hours of Le Mans, and Indianapolis 500. Alonso has two wins at Monaco (2006 and 2007) and has hinted at wanting to make the switch to IndyCar full-time in the coming years. Competing for Toyota Gazoo Racing, coming off a season-opening victory in the 6 Hours of Spa-Francorchamps, and without having to face the Porsche LMP Team that won the overall in 2017, Alonso has to be one of the weekend’s favorites.

Which top IMSA drivers will be the most exciting to watch at Le Mans?

Forget one Triple Crown leg out of three—Juan Pablo Montoya is the only active driver to win at both Monaco and Indianapolis, and he’s also on the Le Mans entry list with United Autosports. However, he’s competing in LMP2, which makes an overall victory unlikely. Fellow IMSA full-timers on the list include 2018 24 Hours of Daytona winner Filipe Albuquerque (in the other United Autosports LMP2 car), Ricky Taylor (Jackie Chan DC Racing), Pipo Derani (AF Corse), and seven LMGTE Pro and Am teams.

Will LMGTE Pro top honors return to an American-based team?

Ford Chip Ganassi Racing reigned supreme in the return of the Ford GT to Le Mans two years ago, as Joey Hand, Dirk Muller, and Sebastien Bourdais took a class victory in 2016. Last year, though, it was the Aston Martin Racing WEC trio of Darren Turner, Jonathan Adam, and Daniel Serra who took top honors. With that trio broken up for 2018, only one can repeat—and that’s only if Corvette Racing, or the US-based Ford (CGR) and Porsche (CORE autosport) entries, don’t stand in their way. 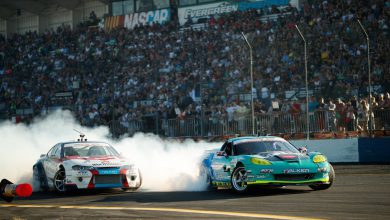