Richard Childress Racing rookie Daniel Hemric is the guest today for a wide-ranging conversation. In this episode Hemric closes the book on what it meant to be in the Daytona 500 and his genuine emotion of being a NASCAR Cup Series driver; working through the communication issues with his new team; how the team bonded throughout the offseason; why he compares the new Cup Series rules package to the Truck Series; staying open-minded about the rules package; selling to RCR fans why the company is headed in the right direction; digging into his relationship with owner Richard Childress; whether his routine has changed now that he’s a Cup Series driver; if he’s bothered having not won in Truck and Xfinity before moving to Cup; if the backflip will happen when he starts winning races. Music: www.bensound.com. 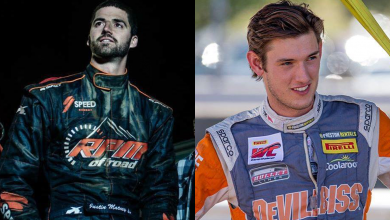