Justin Allgaier makes his podcast debut to talk all things JR Motorsports and chasing a championship. Allgaier first explains the challenges of NASCAR’s west coast swing on a race team and how they are just trying to survive these three races; Allgaier’s thoughts on his early season speed and how important it is that all four JRM cars are running well; what are the rules of racing a teammate hard? how Allgaier and the other two full-time cars are adjusting to working with multiple drivers in the #8 this season; the most important things Allgaier can tell rookie Noah Gragson and the impressive phone call Gragson made before joining JRM; revealing how Allgaier came to JRM with a bad attitude and things he needed to change; whether he feels the 7 team is getting stronger over time; how long it took for the sting to go away of not advancing to Homestead last year; if winning a NXS title has always been something he considered realistic; how satisfying life has been being relevant in the sport and Allgaier’s early season forecast of how the championship is going to shake out. Music: www.bensound.com. 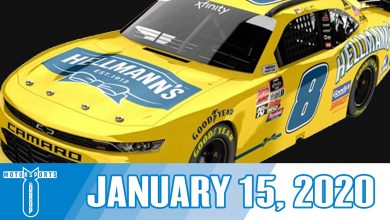