It’s a full house on this week’s episode! Three ladies from the Toyota Racing Development driver development program are here to talk racing and much more. Maria Cofer is first up to share what she is doing in 2019; how she started her racing career and why it was on dirt; following in dad’s footsteps by finding a love of racing; whether she had to convince her parents to let her race; racing on the weekends but working on the family ranch during the week; aiming for more pavement experience and looking at a NASCAR future; how she became aligned with TRD. You’ll also learn more about Maria though fun questions like her nickname; what her routine is in the morning; being isolated where she lives and not watching much TV; the food she will eat the most; how she describes herself; the TV show she would guest star on; favorite racetrack; where you can find her when she isn’t racing; what she wants fans to know or think about her.

Hailie Deegan makes her return to the podcast to talk about how well things have been going since she was a guest last year. Among the topics of conversation is how special it is to be the K&N West point leader; having things happen and people around to keep her humble; why she has been adamant she must win races and the championship; what goes into working with a driving coach; learning how to diagnose a race car and express that to her team plus earning their trust in knowing what she’s talking about; the joy of media attention and the growth of her social media following; the weirdest things she’s been asked to autograph; what the benefits will be of moving to the east coast; whether she thinks she’s missed out having a typical childhood; what is upcoming on her schedule.

Brittney Zamora talks about moving into the K&N Pro Series West with Bill McAnally after two late model championships; the change in competition; being able to make more contact and be more aggressive; being a second-generation racer; her competitive nature and dad having to step in; growing up racing with family, who also served as her team and crew. Then get to know more about Brittney through tidbits about her nickname; biggest accomplishment; mentors; how she describes herself; the food she eats the most and the music she listens to; what television show she’d guest star on; what she’s likely doing when not racing and how that involves school; what she wants you to think when hearing her name. Music: www.bensound.com. 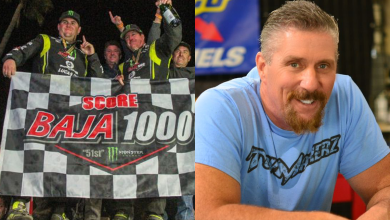 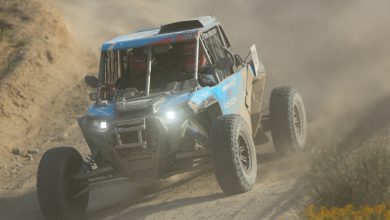