Erik Jones welcomes us to his “toy shop” where he has some cool things to talk about, including his very first race car and the story behind its paint scheme. Jones also talks about the race cars he has hung onto from his career, including the famous Snowball Derby car and his first Cup Series win car from Daytona that is still covered in confetti. All of this leads to some great stories of Jones climbing the racing ranks. Jones also discusses what he’s learned as he has moved through the NASCAR national series ladder and how he has grown professionally and personally. Also in the space are some Craftsman tools he has that were once his dad’s and Jones admits whether he considers himself a handy man; the story of Jones being able to reclaim one of his father’s cars and how it is tied to his racing career; the love Jones has for classic cars; digging into his active lifestyle away from the racetrack and explaining ice fishing; if he’s getting more comfortable sharing on social media; an update on how Oscar is doing; what Jones would love to put in his storage space one day. Music: www.bensound.com. 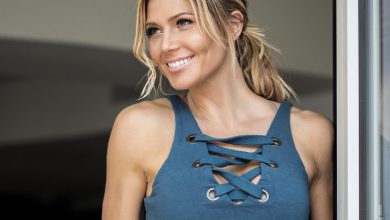