Jeff Burton is known as the ‘mayor’ because he’s always good for a quote or in-depth conversation. Burton lives up to that moniker today as he discusses NBC Sports again picking up the schedule at an exciting time for the sport; what has felt different this year compared to his first few as a broadcaster; whether broadcasting gets easier with time but how live TV is always going to have its challenges. Burton also reveals how one’s belief of what happened during an incident looks completely different inside versus outside of the race car (stay tuned for a Danica Patrick story!); Burton explains how he handled covering the Xfinity Series race at New Hampshire that featured his son Harrison; learning from Ned Jarrett; separating personal and professional in covering someone Burton may not like; his open-door policy with drivers to talk to him if they don’t like what they are hearing about themselves or the sport; Burton reveals how he’s had driver’s parents reach out to him during races; if being a former competitor has helped Burton in this role and why he says you have to work hard to stay on top of things. Plus, how has this job challenged Burton? The reason he scrolls through social media during the races; what he was most nervous about when deciding to joining NBC; what goes into Burton’s prep work, and does he have anything on his broadcast bucket list? Music created by Tony Monge. 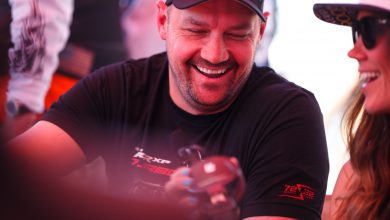