Is Parker Kligerman the busiest guy in motorsports? It might be hard to argue that after hearing all about Kligerman’s adventures in this week’s podcast. Kligerman explains how much he travels during the week to do NASCAR broadcasting, TV shows, and meeting with Gaunt Brothers Racing team. But with everyone Kligerman has his hands on, does he feel creativity fulfilled? Kligerman also reveals how he approaches asking drivers questions being that he’s a driver himself and knows what direction to go in; if he’s made peace with how his career and life has played out over the last few years. How long does Kligerman keep doing everything that he is before giving up on driving? Understanding how much his appreciation for racing has changed because Kligerman understands the next time could be the last time. Plus, making his Cup Series championship prediction and how he thinks the Xfinity and Truck Series playoffs will shake out. Music created by: Tony Monge. 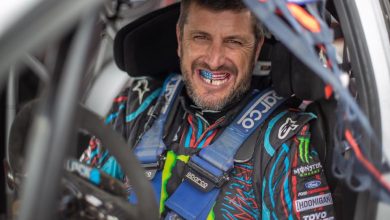 Project Action on PodcastOne: Best of with Ken Block

#5 – The Summer Episode on Mia Chapman’s Free For All

#5 – The Summer Episode on Mia Chapman’s Free For All