Steve Hmiel started work for Petty Enterprises the day after a controversial race at Dover in which Richard Petty made up six laps … with the help of Buddy Arrington … before capturing the victory. It’s been a wild ride ever since for Hmiel, who in this episode describes his early days with the team, a move to Hagan Racing, the 1984 Winston Cup championship and silencing the skeptics by taking a show car to victory lane at Rockingham. In our second segment, the March 6, 1986 issue of Grand National Scene covers Labonte’s Rockingham victory, as well as HUGE reaction to the late-race run-in between Dale Earnhardt and Darrell Waltrip the week before at Richmond. Finally, there’s news of Robert Yates’ departure from DiGard Racing. 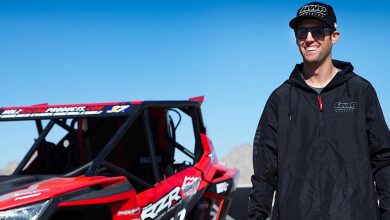