The Monster Energy NASCAR Cup Series Playoffs are about to begin and that means Joey Logano will defend his ’18 championship and look to become the first driver since Jimmie Johnson in 2009-10 to win back-to-back titles. But you might be surprised by just how calm and unrattled the Team Penske driver is about being the reigning and defending champion and his approach to the next 10 weeks. In this bonus episode Logano reveals why he feels more confident this year than he did last; why there is nothing different from winning one championship to trying to win a second; how he would view a second championship; why he believes it’s not about the trophy but what you do with it. Logano reveals what have been the perks of being the Cup champion; if he agrees with crew chief Todd Gordon that the 22 team has the speed but needs to execute; how the rules package could be a variable in the playoffs; where Logano feels he is as a competitor, championship contender, and with his confidence. On a personal level, Logano has recently revealed an autoimmune disorder he is dealing with and why he’s going public with it. Plus, does he believe the gap has closed between the field and the Penske and Gibbs cars, and would not making a return appearance at Homestead be a disappointment? And now that he finally has his championship trophy back, where did Logano put it? Music created by: Tony Monge. 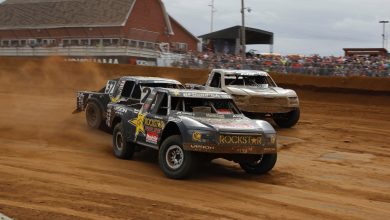 The Down & Dirty Show w/ Casey Folks and Marty Fiolka