Austin Theriault has been associated with big name owners like Dale Earnhardt Jr. and Brad Keselowski and he’s also had to scratch and claw for opportunities. His journey makes for quite a tale. To start, Theriault explains why running Cup Series races with Rick Ware Racing has been humbling and what emotions he remembers from making his first start in July; and he breaks down what his prospects were coming into the year and how he ended up in the Cup Series. In looking back, Theriault explains if his 2015 Truck Series accident altered his career path; shares some laughs about his pain and what he remembers doing when released from the hospital; if he ever followed up with NASCAR about safety aspects from his wreck; what he took away from his time with Brad Keselowski and using a spoon-feeding analogy to describe Keselowski’s style; what impact it made driving for Dale Jr. Reflecting on winning the 2017 ARCA championship and what that meant to Theriault. Does he hold out hope he will one day land a good opportunity or believe this is all he’s going to get? Theriault’s plans for the rest of the year and looking at 2020. Music created by Tony Monge.

The Week That Was: Impressive Performances in Las Vegas, Texas, and More 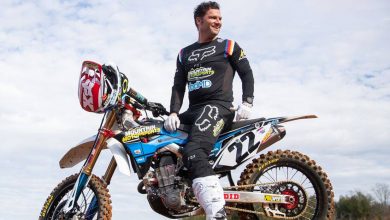