For the first time in series history, Americas Rallycross will bring the doubleheader format back to rallycross Supercars in the United States with the inaugural ARX of Gateway at World Wide Technology Raceway at Gateway. The second event of the 2019 season will serve as Rounds 2 and 3 of the six-race season for Supercars, while the ARX2 and ARX3 support classes run doubleheaders of their own.

Subaru Motorsports USA broke through in the season opener from Mid-Ohio, as Scott Speed continued his streak of winning his first time out with every manufacturer he’s ever appeared with in the discipline. The four-time defending US champion gave Subaru its first victory in the ARX era, and its first main event win since Sverre Isachsen triumphed at DirtFish Rally School during the 2014 Red Bull Global Rallycross season. 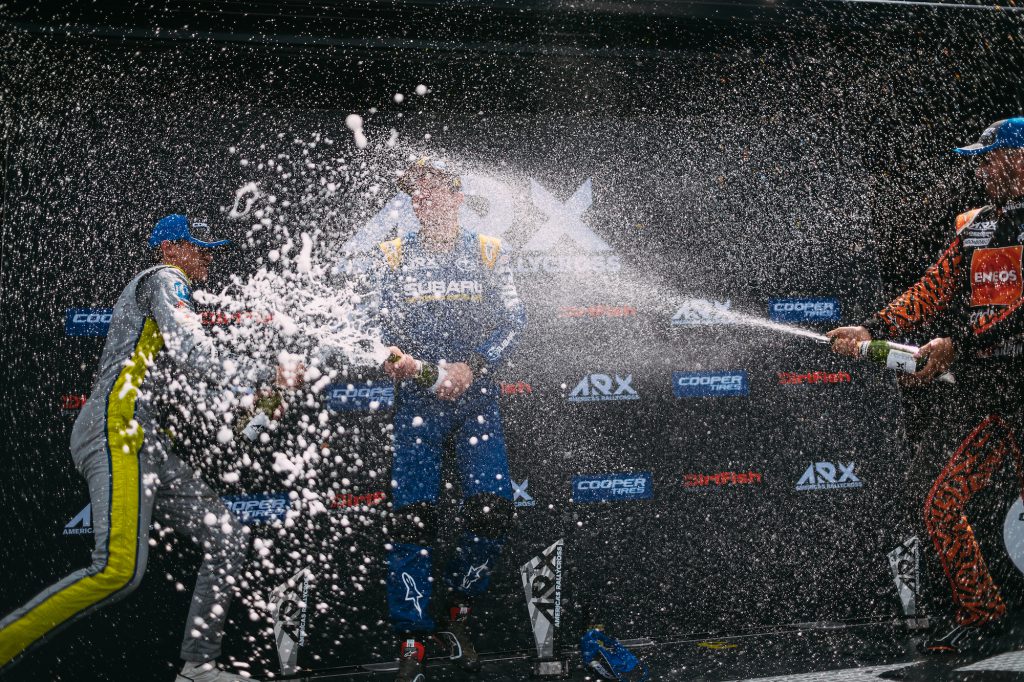 Loenbro Motorsports completed the podium, with Supercar rookie Travis PeCoy and veteran Steve Arpin coming home second and third. Six of the seven drivers that ran the opener qualified for the final, with Tanner Foust, Patrik Sandell, and Chris Atkinson also advancing to the main event and Cabot Bigham the odd man out.

Fresh off their dual Supercar podium, the Loenbro squad will also shore up the ARX2 ranks by adding Michael Leach to the field for the remainder of the season after debuting in ARX3 last month. He’s not the only name to join the grid, though: defending ARX2 champion Conner Martell will make his return to the series with Dreyer & Reinbold Racing. They’ll join an entry list that also includes Mid-Ohio winners Alex Keyes and Fraser McConnell and IndyCar veteran J.R. Hildebrand this weekend.

The ARX3 field will see Tommy Boileau, fresh off winning Rookie of the Year at the 2019 Pikes Peak International Hill Climb, join regulars Aaron Kaufman and Mid-Ohio winner John McInnes on the grid. Four of Sierra Cars’ ARX3 vehicles were on hand at Pikes Peak two weekends ago, with Kaufman and Andreas Bakkerud among the drivers.

The inaugural ARX of Gateway will stream live on Facebook throughout Saturday and Sunday. Following this weekend, the series will return to action on August 3-4 at the Grand Prix Trois-Rivieres in its only companion event with FIA World Rallycross of the season.