It wasn’t quite the perfect sweep for this year’s NHRA Mello Yello Drag Racing Series champions in Sunday’s Auto Club NHRA Finals that last year was—in fact, none of the 2019 title winners took home a Wally in this year’s season finale. But that didn’t stop the series’ annual closer from Auto Club Raceway at Pomona from producing plenty of drama nonetheless.

Steve Torrence, Robert Hight, and Erica Enders each locked up their championships with at least one round remaining in their respective classes. Torrence’s Top Fuel title is his second in a row, further reinforcement that his family-run team is the best in the business after a perfect Countdown last year. Hight and Enders took home their third Funny Car and Pro Stock titles, respectively, cementing their own places in the histories of their respective classes, and Enders joined Shirley Muldowney and Angelle Sampey as the third woman to score three NHRA titles.

But the biggest drama of the day in Pomona came in the Pro Stock Motorcycle class. Incoming points leader Andrew Hines, perhaps the most dominant racer of 2019 in any class, red-lighted against rookie Jianna Salinas, daughter of Top Fuel race winner Mike Salinas, in the first round. That left the door wide open for a handful of racers who could possibly capitalize by advancing through the remainder of the bracket and scoring the win.

Enter Jerry Savoie. This year’s first multi-race Countdown winner powered his way through the first three rounds of the event, defeating new-for-2019 teammate Karen Stoffer in the semifinals to earn the chance to score his second career title. His unlikely opponent? Salinas, who saw both Steve Johnson and Matt Smith suffer bike issues before making it to the finish line.

Savoie’s times had been consistently faster all day, but his bike developed a severe engine miss coming to the line for the final race of the season. When the lights went green, only one bike made it down the strip, and it belonged to Salinas. She scored her first-ever NHRA event victory, becoming the 18th woman to ever do so, and Hines’ stressful day from the sidelines ended with a sigh of relief as he collected his sixth career Pro Stock Motorcycle title. 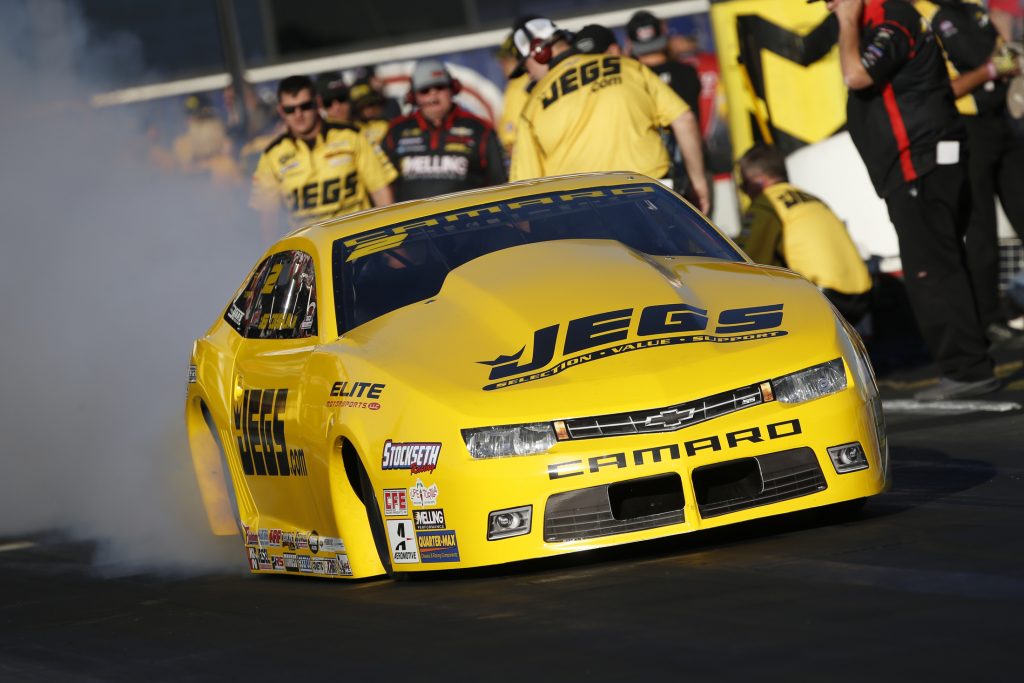 The other event winners were led by Doug Kalitta, who bookended the 2019 Top Fuel season with a Pomona sweep and defeated teammate Richie Crampton in his final race for Kalitta Motorsports. Jack Beckman took an uncontested final Funny Car win of the season when Hight’s engine died during his burnout, and finished just eight points behind Hight for the title. In Pro Stock, Jeg Coughlin Jr. earned his first Wally since February to lock up second place in the standings, making it a 1-2 season finish for his Elite Motorsports squad.

The 2020 NHRA Mello Yello Drag Racing Series season kicks off in February with the 60th annual Lucas Oil NHRA Winternationals, the sport’s signature event and the longer-tenured race from Pomona. Once again, the 2020 season will feature 24 rounds of action, including the traditional Pomona season opener and finale, US Nationals from Indianapolis on Labor Day, and two four-wide events from Las Vegas and Charlotte in April.