For more than four decades, Bark River International Raceway has hosted short course off-road racing, and the time has come for the Lucas Oil Midwest Short Course League to return to the Michigan course this weekend. The three-day Bark River Off Road Rumble in the U.P. will see many of the sport’s top drivers, including a number of big names contesting full MSCL schedules alongside their Lucas Oil Off Road Racing Series efforts, battle for the checkered flag.

After an off 2018 in Pro Stock SXS, CJ Greaves is back on top in multiple classes thanks to a sweep of all four rounds so far this season. Combined with a win and second place each in the Pro 4 doubleheaders from Crandon International Raceway and ERX Motor Park, Greaves is chasing down championships in two of the series’ top five classes. While his points lead in Pro 4 is just seven over Andrew Carlson, Greaves leads the Pro Stock SXS points by 31 over his cousin Kyle. 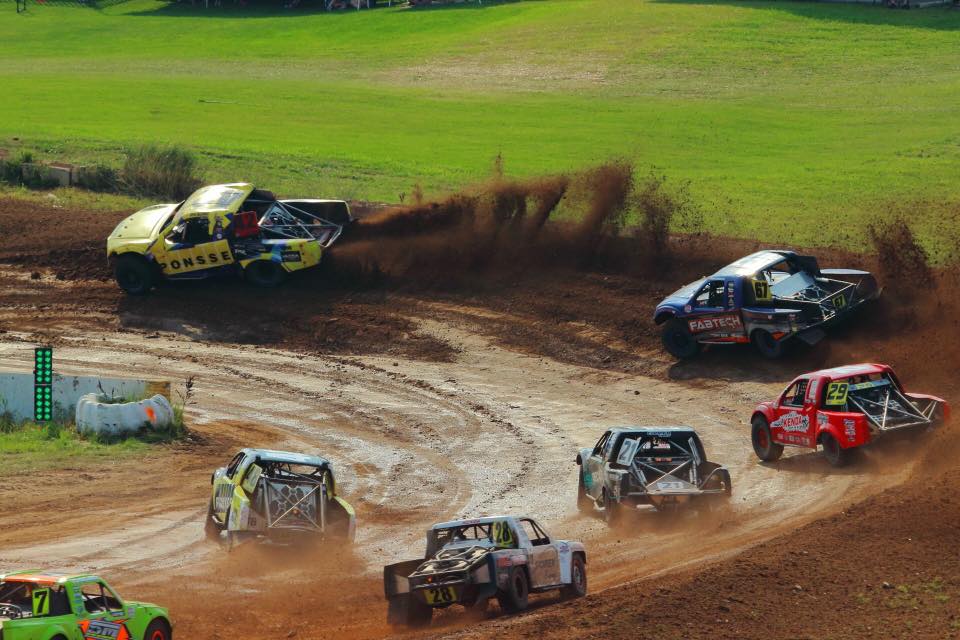 That’s fairly consistent with what we’ve seen at the top levels, as the Pro Truck points battles remain close while the Pro SXS gaps spread out. Keegan Kincaid’s Pro 2 points lead is just three over Kyle Kleiman, who moved up from Pro Lite this year after winning the 2018 title. In his place, LOORRS regulars Christopher Polvoorde and Ryan Beat have taken the torch, as Polvoorde has won all four Pro Lite rounds to start the year but only holds an eight-point advantage over Beat thanks to his four consecutive runner-up finishes.

Pro Mod SXS, meanwhile, has seen Kyle Chaney check out on the field with a 51-point gap over defending class champion Rodney VanEperen. Like Greaves in Pro Stock SXS and Polvoorde in Pro Lite, Chaney has swept all four rounds of the season so far, but assorted bad races for his top rivals and a much larger field have allowed Chaney to quickly extend the gap.

In addition to this year’s four MSCL events, the regional classes sanctioned by MORR all competed in a standalone event at Dirt City Motorplex last month. With Trey Gibbs competing elsewhere, two solid finishes allowed defending Super Buggy champion Michael Meister to reclaim the points lead. But Gibbs is four for four in MSCL events this year, and should have the speed to make up part of the gap this weekend at Bark River.

The full schedule of events for the Bark River Off Road Rumble in the U.P. is below. Following this weekend’s action, the Lucas Oil Midwest Short Course League returns to racing on Labor Day weekend for its season finale, the 50th Annual World Championship Off Road Races at Crandon. 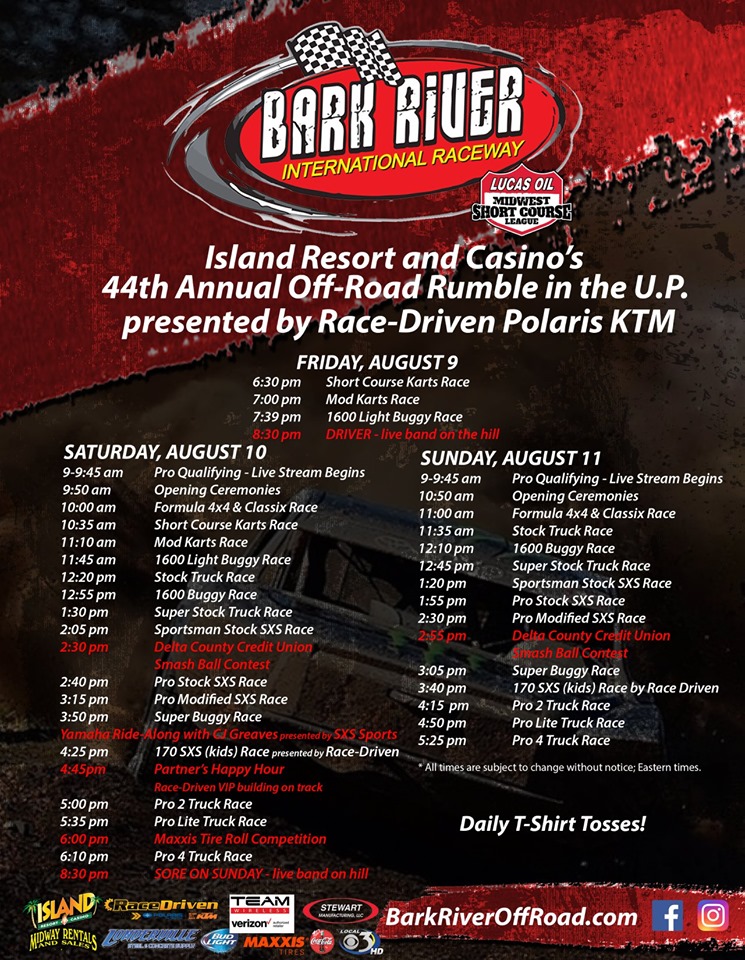