Snoqualmie, WA, September 23, 2019 – DirtFish Motorsports is pleased to announce their second ARX2 driver for the ARX of Austin. Alumni Brad DeBerti has been confirmed to compete alongside Championship Leader, Fraser McConnell in a second ARX2 car.

A two-car ARX2 team for the race at Circuit of the Americas will be beneficial for the success of both drivers and the DirtFish team. While they will be competing against each other on the track, McConnell and Deberti will be able to work together and collaborate on valuable information about the cars, competitors and the track conditions. McConnell will have key insights into the track in Austin from the previous year that will help Deberti achieve a successful result.

This will be Deberti’s third competitive outing with DirtFish Motorsports. He kicked off the season at Mid-Ohio Sports Car Course with a 3rd place finish in his first-ever Americas Rallycross race. Following his inaugural success, he went on to compete in one more race at Mid-Ohio and two at World Wide Technology Raceway at Gateway the following month where he landed on the podium once again.

DirtFish CEO, Justin Simpson says, “The entire DirtFish Motorsports team is very excited to welcome back Brad in the ARX2 car at COTA. With two podiums under his belt already this year, we expect Brad and Fraser to be up front working together for the win!”

Brad Deberti has a successful history of competing in off-road short course racing where he was the 2015 Rookie of the Year and quickly won his first championship the following year in the Pro-Light category. In 2018, he competed in NASCAR where he earned another Rookie of the Year title.

Deberti says, “I am so happy to be jumping into a rallycross car again. Working with DirtFish has been unbelievable. It’s been a while since I’ve been back in a car due to filming our TV show, but I can’t wait to get to COTA and hop back into the seat. DirtFish is like a family to me and there’s no one more I’d rather race with. Next week will be fun!”

The 2019 ARX of Austin takes place on Saturday, September 28th at Circuit of the Americas in Austin, Texas. Click here for details: https://www.arxrallycross.com/arx-schedule/2019/cota 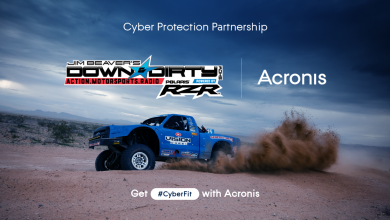 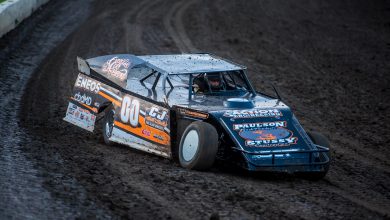