Tyler Livingston, Scott Wasz, Cory Podolski, and Draxton Szymik scored the victories in the inaugural Twin Bridge Takedown, the first race of the 2019 Monster Energy Chasing the Triple Series promoted by SXS Sports. The new championship, which grew out of last year’s Spring National at USAir Motorsports Raceway, features a combination of ice, short course, and cross-country races for UTVs, including its first round on Saturday in Crivitz, Wisconsin.

The event drew a set of healthy entry lists, topped by 23 Pro Stock competitors and followed by 19 Pro Mod and 16 Sportsman racers. A number of top racers from promotions across America appeared on the entry lists, from Pro Mod stars Rodney VanEperen and Kyle Chaney to Pro Stock front-runners Wasz and Jesse Klaus. Gabe Johnson, last year’s Sportsman champion in the Lucas Oil Midwest Short Course League, ran both Pro Mod and Pro Stock for the event, while his MSCL championship rivals Matt Wood and Kyle Greaves also stepped up to Pro Stock.

In preliminary action, Chaney took down VanEperen in the first Pro Mod heat, while Livingston won the second. Gray Leadbetter and Dominic Heiting won the two Sportsman heats, and Zac Zakowski and VanEperen, pulling double duty, topped the standings in Pro Stock. The Sportsman final kicked off the series of four main events, with Podolski taking down John Holtger by 2.446 seconds and Logan Christensen completing the podium.

Livingston led a majority of the 14-lap Pro Mod final, with VanEperen and Jimmy Henderson each taking turns at the front of the pack before Livingston settled back into the lead for good. When all was said and done, he built an impressive 13.332-second lead over Henderson, with Ben Enloe completing the podium. Szymik then won the SXS Mini class final for competitors between the ages of 5-12, with Benjamin Heiting and Reid Votis completing the podium.

The Pro Stock final completed the day of racing, with Wasz using the top starting spot to lead most of the race. Jake Lunderby climbed from ninth place to second at the checkered flag, while VanEperen paid off his heat win with third place in the final. Zakowski, the only other driver to lead a lap in the final, settled for fourth.

The 2019 Monster Energy Chasing the Triple Series season continues on May 18-19 with the second annual Spring National at USAir Motorsports Raceway in Shawano, Wisconsin. Last year’s event featured the UTV racing debut of Monster Energy Supercross legend Ricky Carmichael. The season will conclude with a visit to TexPlex Park in Midlothian, Texas on October 5, where the largest purse in side-by-side racing history—a cool $150,000—will finally be doled out. 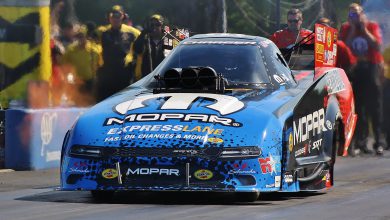 The Week That Was: Impressive Performances in RedBud, New England, and More 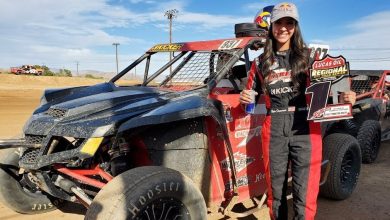