Fistful of Bourbon will join Jim Beaver eSports as the team’s new title partner, team officials announced today. The new relationship will see Fistful of Bourbon take over as the team’s primary sponsor across the team’s iRacing endeavors, ranging from World Championship competition to various pavement and dirt sim racing leagues ranging across every discipline that the team currently runs.

“We’re huge fans of Jim Beaver eSports and can’t wait to see the iRacing fleet of vehicles branded with Fistful of Bourbon,” said Fistful of Bourbon Brand Manager, Paul Coffey. “The team and drivers have been a blast to partner with so far, and we can’t wait to raise a glass of Fistful with them each week to celebrate their wins.”

“Welcoming in Fistful of Bourbon as our new primary sponsor signifies a huge step forward for Jim Beaver eSports,” said team owner Jim Beaver. “We’re incredibly excited to feature them across the board in our iRacing efforts, from our efforts in multiple World Championships to stock car, modified, and dirt oval series, and even our own eShort Course off-road events. With a top-flight team of drivers, we’re expecting to see plenty of checkered flags—and quite a few toasts from here on out!”

Jim Beaver eSports has active sim racing programs in both the eNASCAR Coca-Cola iRacing Series and iRacing Rallycross World Championship, as well as extended presences in series like the EastWest Modified Tour, Bootleg Racing League, CDRA Motorsports Drop SuperTruck Series, and various other series. The team also stages its own events under the eShort Course banner, which have combined for nearly half a million views on Facebook through 2020 so far. Jim Beaver eSports vehicles and events across the team’s sim racing portfolio will carry the Fistful of Bourbon logos and colors throughout the remainder of the season.

Fans can follow the hashtag #winnersgetwhiskey to see which Fistful of Bourbon-backed Jim Beaver eSports drivers have taken the checkered flag each week. In addition, team drivers will take part in Fistful of Bourbon-sponsored streams of their various championship events on twitch.tv/jimbeaveresports. Alongside their activations through Jim Beaver eSports, Fistful of Bourbon will partner with Beaver’s JB15 Brands and the General Tire Down & Dirty Show Powered By Polaris RZR, the nationally syndicated action motorsports radio show that Beaver hosts on Sunday afternoons on SiriusXM.

Created with over 100 years of whiskey blending experience, Fistful of Bourbon is a blend of five straight American bourbons – literally a fistful—delivering a unique flavor profile blending sweet and spice. For more information, visit www.fistfulofbourbon.com. Don’t be a damn fool. Measure & enjoy responsibly. 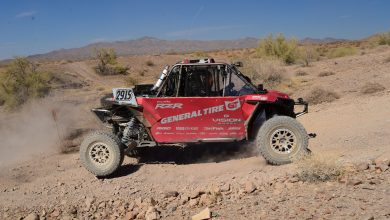 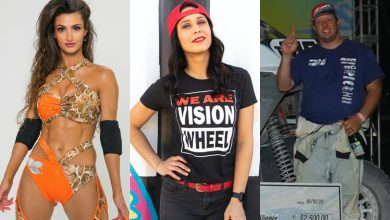 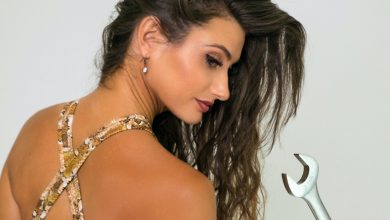