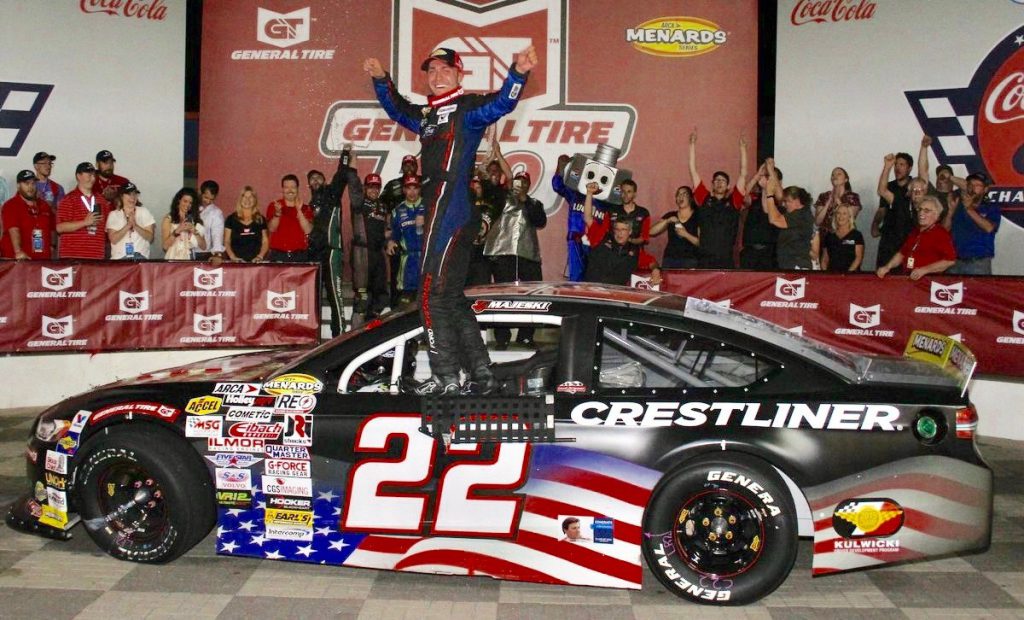 Ty Majeski scored the first ARCA Menards Series victory of his career on Thursday at Charlotte Motor Speedway in the General Tire 150. The four-time ARCA Midwest Tour champion took the lead from Bret Holmes in the closing stages of the 100-lap race and persevered through multiple incidents that caused a pair of attempted overtime finishes.

Up until the race’s final laps, Michael Self appeared to be set for a dominant victory. The Venturini Motorsports driver qualified on the General Tire Pole and led the first 91 laps of the race, but clipped the wall late and didn’t pit under caution while the rest of the field took fresh tires. Self would fall through the field in the final laps, but would eventually recover just enough to finish within the top five.

Both the ARCA Menards Series and NASCAR K&N Pro Series East are in action this weekend, with ARCA continuing its busiest stretch of the season at Pocono Raceway with the General Tire #AnywhereIsPossible 200 and KNPSE heading to Memphis International Raceway for the Memphis 150. Pocono, a twice annual stop on the ARCA schedule, has seen 26 different winners in its last 26 races, while Memphis hosts KNPSE for just the third time in its history. 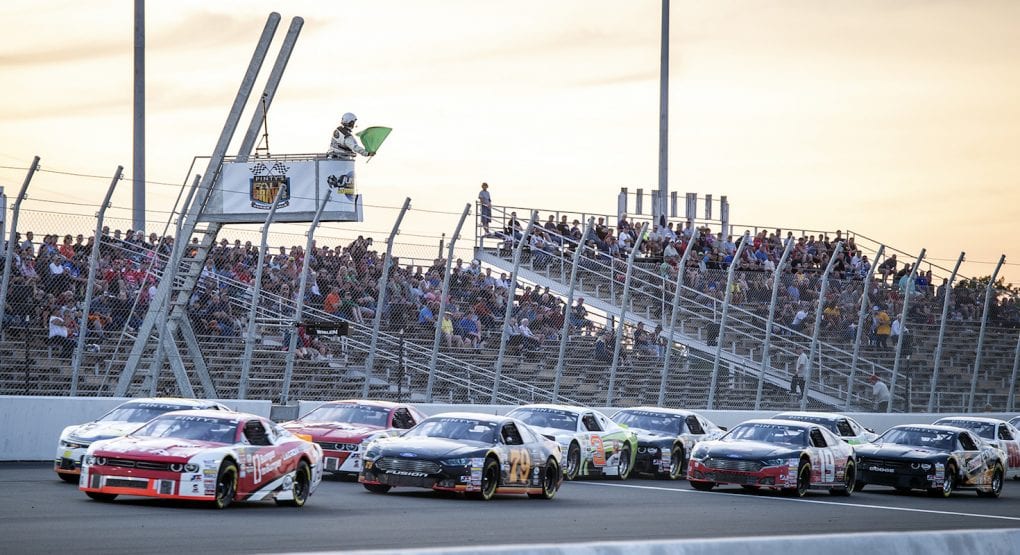 Outside of the United States, the NASCAR Pinty’s Series heads to Jukasa Motor Speedway in Ontario for the APC 200, a race won last year by Kevin Lacroix, the same driver who won the season opener at Canadian Tire Motorsport Park. Meanwhile, the NASCAR Whelen Euro Tour takes on Brands Hatch in England for another doubleheader weekend, utilizing the facility’s shorter Indy circuit to do so.

One of stock car racing’s most promising young prospects, Ty Majeski climbed the ranks of Super Late Model racing to score a seat with Roush Fenway Racing in the NASCAR Xfinity Series starting in 2017. Majeski dominated the ARCA Midwest Tour from 2014 to 2017, winning all four championships along the way, and won the inaugural Alan Kulwicki Driver Development Program and 2016 Oktoberfest at La Crosse Fairgrounds Speedway.

Majeski made his ARCA Menards Series debut in 2016 with a fourth place finish at Madison International Speedway, and his Xfinity debut the next year for Roush Fenway Racing at Iowa Speedway. After scoring two top-10s last year, Majeski returned to ARCA in a limited schedule for Chad Bryant Racing this year, debuting with a fourth place finish at Talladega Superspeedway before winning in Charlotte last week.