Chip Ganassi Racing rookie Felix Rosenqvist scored his first NTT IndyCar Series pole, and defending IndyCar champion Scott Dixon locked out the front row for CGR, in Friday’s qualifying session for the IndyCar Grand Prix. Rosenqvist’s time of 1:08.2785 in the final round of qualifying was good enough to bounce Meyer Shank Racing’s Jack Harvey from the top spot with just over a minute left in the Firestone Fast Six.

“I think we’ve been up front all day—the NTT Data Honda has been amazing,” said Rosenqvist. “A big thanks to all the 10 car and 9 car crews. The day started pretty solid, and we’ve been sort of around the top five all day. On the first two laps, I didn’t feel like we had a lot of grip, but on the final lap, there was just something that switched on. I thought it could be good, and when I looked up at the screen, we were P1.”

Practice results were a strong predictor of the drivers who would advance to the second round of qualifying, as the top four drivers in the first practice and top six in the second all made it into the top 12. Rosenqvist was fourth and second in the two practice sessions, while Dixon was third and fifth. 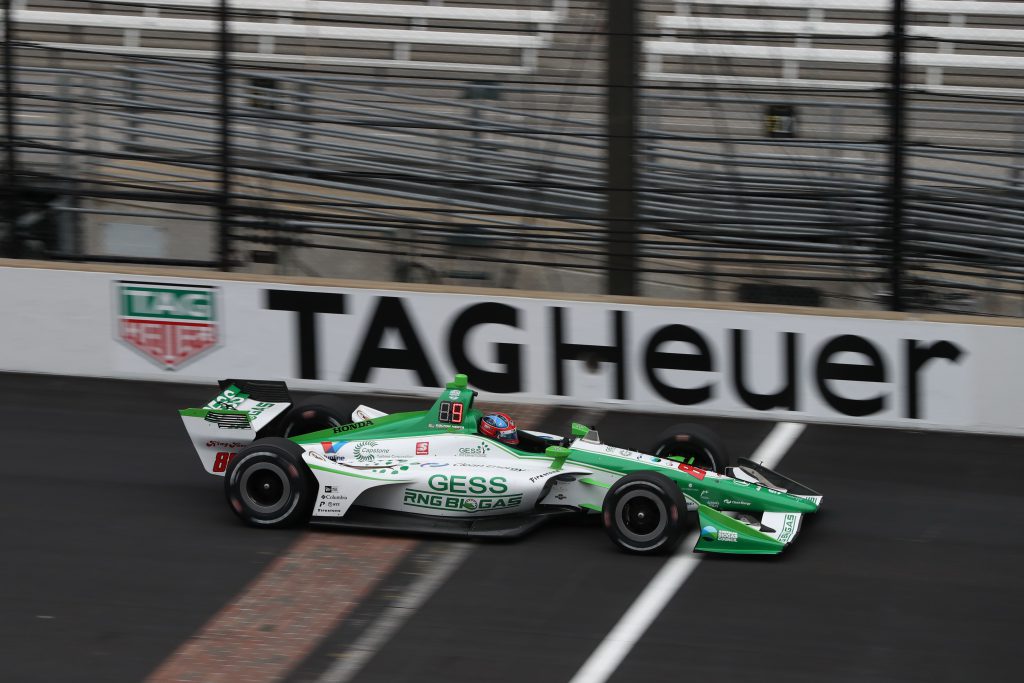 Harding Steinbrenner Racing’s Colton Herta paced the second practice with a 1:08.0393, and he threw down an even faster 1:07.8887 in the second round. Three-time and defending IndyCar Grand Prix winner Will Power won the first practice session and also advanced to the Fast Six; so did Ed Carpenter Racing’s Ed Jones and Harvey, who made his first career appearance in the final round of qualifying.

Many top teams failed to advance past the first round, led by 2017 champion Josef Newgarden of Team Penske, who will start 13th. Despite battling illness, Ryan Hunter-Reay’s 1:08.6235 was the best time of the Andretti Autosport group, and will land him 16th on the grid. 2016 Indianapolis 500 winner Alexander Rossi will start one spot behind him in 17th.

The 24-car IndyCar field will return to the track on Saturday at 11:15AM ET for morning warmup, while the race itself will begin at 3:30PM ET. After the IndyCar Grand Prix, the 103rd Indianapolis 500 will officially begin on Tuesday with veteran practice. 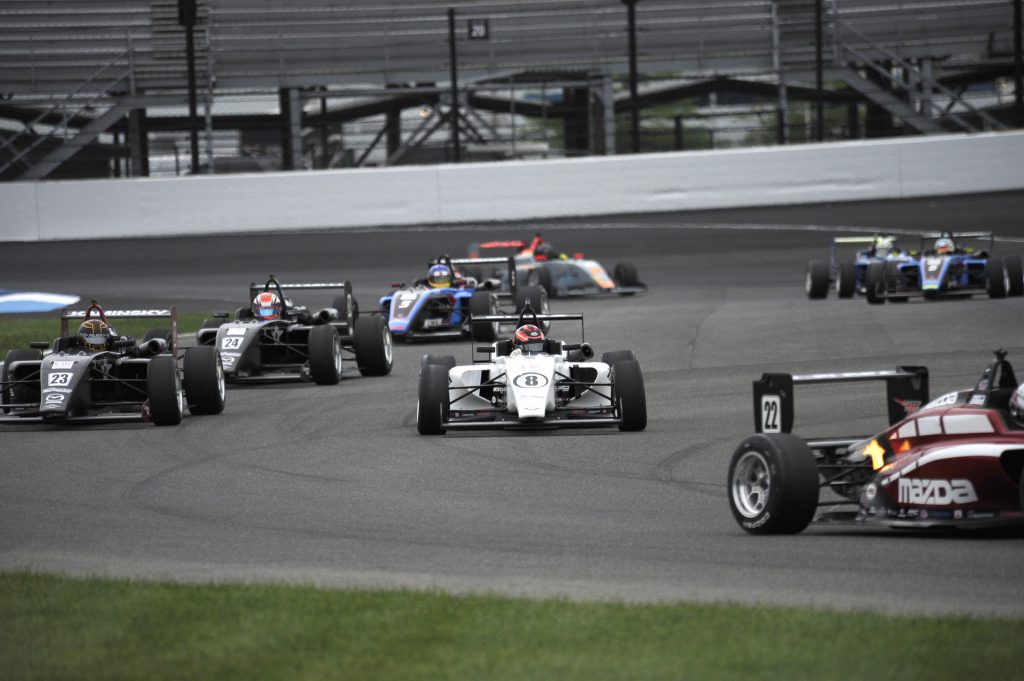 Robert Megennis, Rasmus Lindh, and Braden Eves found themselves on top of the box in Indy Lights, Indy Pro 2000, and USF2000, respectively in Friday’s Road to Indy races. All three drivers are rookies in their respective classes, and each started from the pole and led a majority if not all of their respective races to take the win.

Megennis, last year’s fifth place finisher in Indy Pro 2000 points, scored his first career Indy Lights victory after scoring dual podiums at Circuit of the Americas. Leading all but two laps of the 30-lap race, Megennis dominated the caution-free event and finished ahead of his Andretti Autosport teammate Oliver Askew by 1.9523 seconds. Rinus VeeKay completed the podium, while Askew had the fastest lap.

Lindh led all 25 laps of the Indy Pro 2000 race to score his first career win, although Kyle Kirkwood pulled to within .8797 seconds of the Swede at the finish. Eves continued his dominance of USF2000 for Cape Motorsports, as he remains undefeated so far in 2019. All three Road to Indy classes will run second races on Saturday; Lindh and Evers will sit on the pole again tomorrow, while Indy Lights will qualify in the morning. 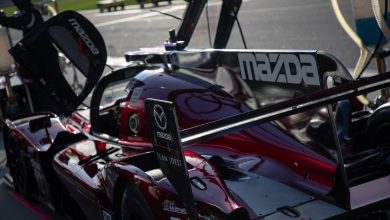 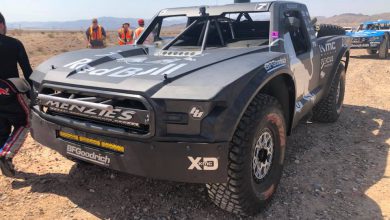 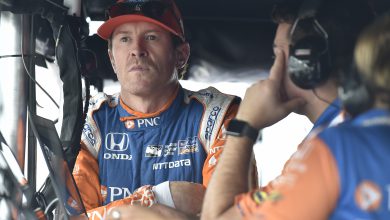