With its slate of oval races complete for 2019, the NTT IndyCar Series wraps up its championship chase with back-to-back road courses on the West Coast. This weekend’s Grand Prix of Portland at Portland International Raceway is the first of those events, the series’ second visit since returning to the popular racetrack, and a key weekend for anyone looking to take this year’s championship.

But while the title contenders will dominate many of the weekend storylines, any discussion of this weekend’s race on its own has to start with Takuma Sato. A magnet for criticism after his first-lap incident with title contender Alexander Rossi at Pocono Raceway, the Rahal Letterman Lanigan Racing driver shut up his detractors in a big way by driving from last to first last weekend at World Wide Technology Raceway at Gateway. Armed with that momentum, he enters Portland as its defending winner. 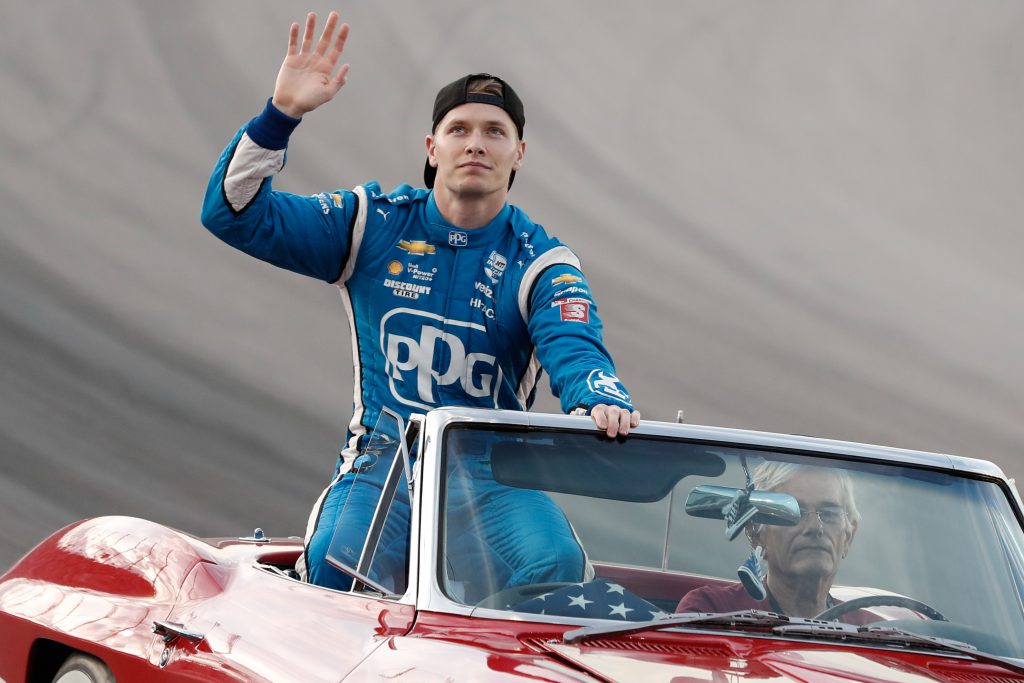 Up front in the title chase, Team Penske’s Josef Newgarden avoided a major points hit after some late-race battling with Santino Ferrucci at Gateway. Although his seventh place finish was his second result outside of the top five in three races, Rossi couldn’t capitalize and wound up 13th. That actually enabled Newgarden’s teammate, Indianapolis 500 winner Simon Pagenaud, to slip past Rossi for second in the championship standings.

Newgarden’s lead remains healthy, as he sits 38 points ahead of Pagenaud and another eight ahead of Rossi coming into Portland. Scott Dixon is fourth, within reasonable striking distance only thanks to the series’ double-points rule for its season finales, but third Penske driver Will Power saw his already dim championship hopes fade out completely with a DNF at Gateway.

The NTT IndyCar Series Grand Prix of Portland airs this Sunday at 3:30PM ET on NBC. From Portland, the series makes another long-awaited return, heading to WeatherTech Raceway Laguna Seca in three weeks’ time to crown its 2019 champion.