PARKER, ARIZONA (August 20, 2019) –– Over the next two weeks, Jim Beaver eSports will face the busiest stretch of the 2019 eNASCAR PEAK Antifreeze iRacing Series season, with three races in a 10-day span. Drivers Michael Guariglia and Eric J. Smith will kick off the action in their Down & Dirty Show Powered By Polaris RZR/GoPro Motorplex Ford Mustangs tonight at Bristol Motor Speedway. One week later, the series will head to Darlington Raceway for its first playoff race of 2019, while August 29 will see the team return to national television as part of NASCAR America on the NBC Sports Network.

The eNASCAR PEAK Antifreeze iRacing Series hasn’t competed at Bristol in a number of years, making tonight’s regular season finale a major wild card. Last Saturday’s real-world NASCAR Cup Series event saw plenty of thrilling excitement, and there’s no reason for fans to expect any less from eNASCAR’s virtual counterparts. The .533-mile oval has produced a number of dramatic finishes over the years in the real world, and will likely do the same in tonight’s 250-lap race.

After Bristol concludes the regular season, next week’s playoff run begins at Darlington, home of the legendary Southern 500 every Labor Day weekend and more recently the home of NASCAR’s annual Throwback Weekend. Jim Beaver eSports will get into the spirit by giving fans the opportunity to choose one of the following four throwback paint schemes for next weekend’s event:

Help us choose which throwback livery #JimBeavereSports will run in next week’s @NASCAR @peakauto @iRacing Series event from @TooToughToTame! Voting runs through Friday, August 20 at noon ET! Check the comments for each paint scheme!

Voting will take place on social media through Friday evening. The winning paint scheme will run next Tuesday at Darlington and in next Thursday’s NASCAR America broadcast, while the other driver will run a throwback paint scheme inspired by Jim Beaver’s real-world Trophy Truck.

“We’ve really gotten into the spirit of NASCAR Throwback weekend with our special paint schemes,” said Beaver. “But it was really important to us to bring the fans in and give them the opportunity to help us choose which classic NASCAR paint scheme they wanted us to run. I’m thrilled to bring my old-school Trophy Truck wrap to one of our Ford Mustangs, and I’m very excited to honor a NASCAR legend of the fans’ choosing with our second car next week.”

Be sure to tune in to watch Jim Beaver eSports drivers Michael Guariglia and Eric J. Smith compete in eNASCAR PEAK Antifreeze iRacing Series action from Michigan International Speedway. The live stream will begin at 9PM ET/6PM PT and can be seen on the iRacing eSports Network and the Down & Dirty Show Powered By Polaris RZR website (www.downanddirtyshow.com). 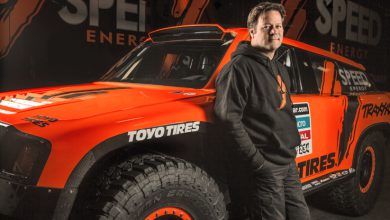 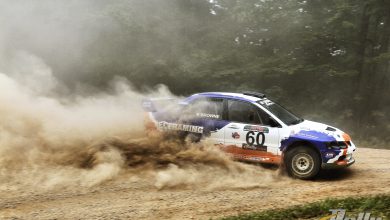