Keegan Kincaid kept it a perfect four for four at Crandon so far in 2019 with a Pro 2 win and this year’s Lucas Oil Midwest Short Course League championship. On a weekend where multiple races started with early incidents as drivers looked for historic victories, Christopher Polvoorde (Pro Lite) and CJ Greaves (Pro Stock SXS) also completed perfect seasons, and Greaves scored the Pro 4 win to lock up dual championships.

In the Pro 2 race, Kincaid jumped to a huge early lead before the competition caution, with Cory Winner and Andrew Carlson behind him and Jerett Brooks the first West Coast truck in fourth. Kincaid wasted no time rebuilding the lead afterward, while Winner held on for second and Brooks got past Carlson on the final lap for third.

Polvoorde took contact from Cole Mamer on the first lap, but rebounded to retake the lead and held it through the competition caution. A rollover bunched the field back up right after the green flag, but Polvoorde held off a renewed challenge from Mamer to finish off a seven for seven season, while Ryan Beat returned to the podium in third.

One of the biggest Pro 4 races in recent memory saw Bryce Menzies jump out to an immediate and substantial lead over Greaves, who was looking to complete a sweep of the day in both trucks and UTVs. Instead of challenging for first place, Greaves would have to defend second from his father Johnny, and that looked to be that.

But the entire course of the race turned when Menzies suffered mechanical issues after the competition caution, spoiling his return to short course racing for the first time since last year. Spoiling the battle for the lead, Doug Mittag muscled his way past Johnny Greaves for second, leaving the door open for RJ Anderson to steal the final podium spot. Mittag threw hard sliders to try and catch CJ Greaves for the top spot, but couldn’t quite close the gap.

After being bumped to later in the day, Pro Mod SXS closed out the MSCL action. Kyle Chaney scored his sixth victory in seven 2019 races to lock up this year’s championship. Chaney also left defending series champion Rodney VanEperen winless this season, after getting past him on the opening lap and holding onto first throughout the race. Lance West completed the podium. 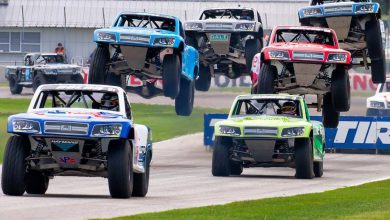 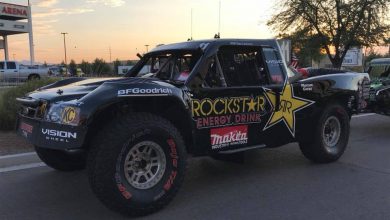 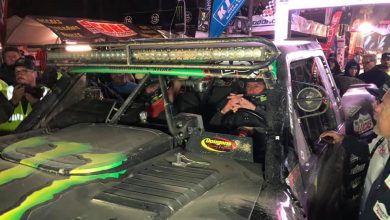