After such an uncertain offseason, this weekend’s 49th World Championship Off-Road Races at Crandon International Raceway offer a number of reasons for hope and celebration. It’s the first season finale for the Lucas Oil Midwest Short Course League, and will crown short course’s first champions of 2018 after unification under the Lucas Oil banner for this year and beyond.

While plenty of drivers from the Lucas Oil Off Road Racing Series will be making appearances at all levels this weekend, we’ve got 15 championships to award before Sunday’s World Cup races close out the racing season in the midwest. With that in mind, here’s a look at more than a dozen drivers with a decent shot at ending their weekend a champion:

Johnny Greaves (Pro 4): Up nine points on his son CJ, this could finally be the year that Johnny reclaims the Pro 4 title for the first year since 2014. He won the Forest Count Potawatomi Brush Run earlier this summer, and would’ve won both of his races on the weekend if not for a rare mistake.

Daely Pentico (Pro 2): Could we see a rookie take the title in the deepest of the Pro truck classes? Pentico’s consistency this year (two podiums and three fourth-place runs) has kept him right in the mix with Mike Vanden Heuvel for the points lead. He’s only eight back of the top spot.

Kyle Kleiman (Pro Lite): This class is a complete crapshoot with all five of its drivers within four points of one another, but Kleiman enters Crandon weekend with three wins and last year’s title under his belt. Cory Winner may be the points leader, but Kleiman will look to ensure he’s not a winner this weekend. 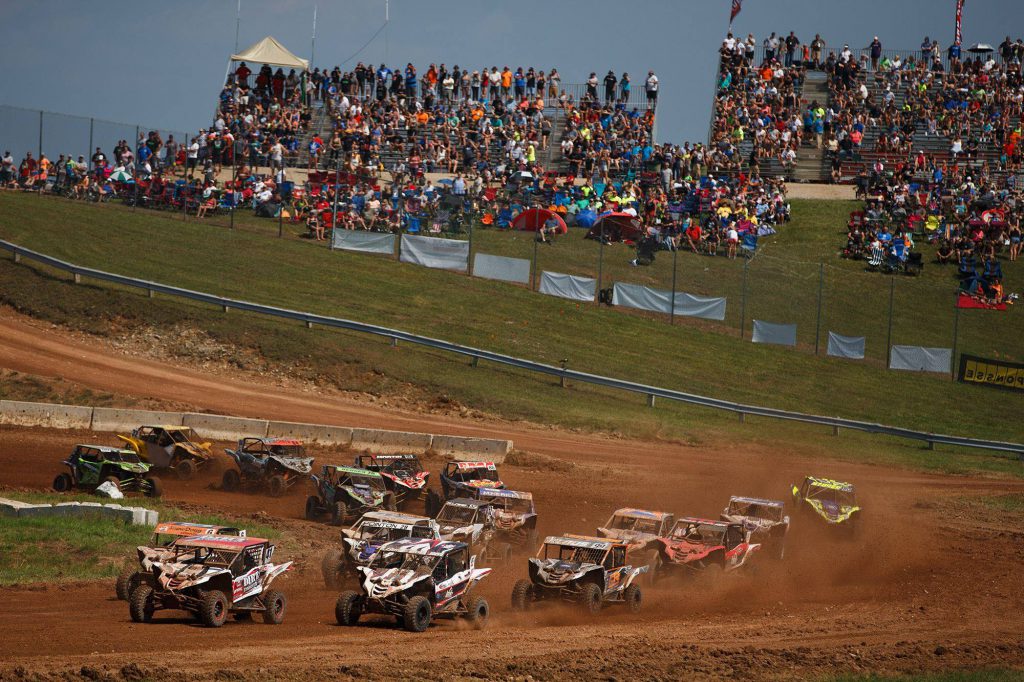 CJ Greaves (Pro Stock SXS): With the unpredictability we’ve seen in the remarkably deep UTV fields this year, even the 29-point deficit that Greaves faces to points leader Ryan Mulder doesn’t seem insurmountable. Only his one-point DNF at ERX has derailed his three 50- or 51-point victories.

Rodney VanEperen (Pro Mod SXS): Ahead of Elliott Burns by 22 points and one of only two racers to podium at Crandon twice earlier this year, VanEperen will look to make up for losing last year’s title by eight points to Kyle Chaney. So far, so good: his worst finish of the year is second—four times.

Gabe Johnson (Sportsman Stock SXS): The top three drivers in class points have split the six wins on offer, with Johnson taking two. Although Kyle Greaves has one more, Johnson’s consistency has him on top of the standings by nine. But he’ll need to do better than fifth and sixth at Crandon this time around.

Michael Meister (Super Buggy): With podiums in five of the first six rounds of the season, including wins in the first three, Meister appears poised to defend his 2017 class championship. He’s coming into the weekend with a 19-point advantage over Bark River Saturday winner Mark Steinhardt.

Tony Keepers (1600 Buggy): Even though his four-race win streak fell by the wayside in Bark River, and he didn’t even crack the podium during the weekend, Keepers still boasts the biggest points lead in the series, leading Jeff Bechinski by 41 coming into Crandon.

Todd/Jadin Lemke (1600 Light Buggy): The Lemkes are up 16 points on Greg Stingle coming into Crandon, despite still searching for their first victory of the year. The combined effort has taken a podium on all three tracks so far this season, something that no other entry has accomplished in 2018. 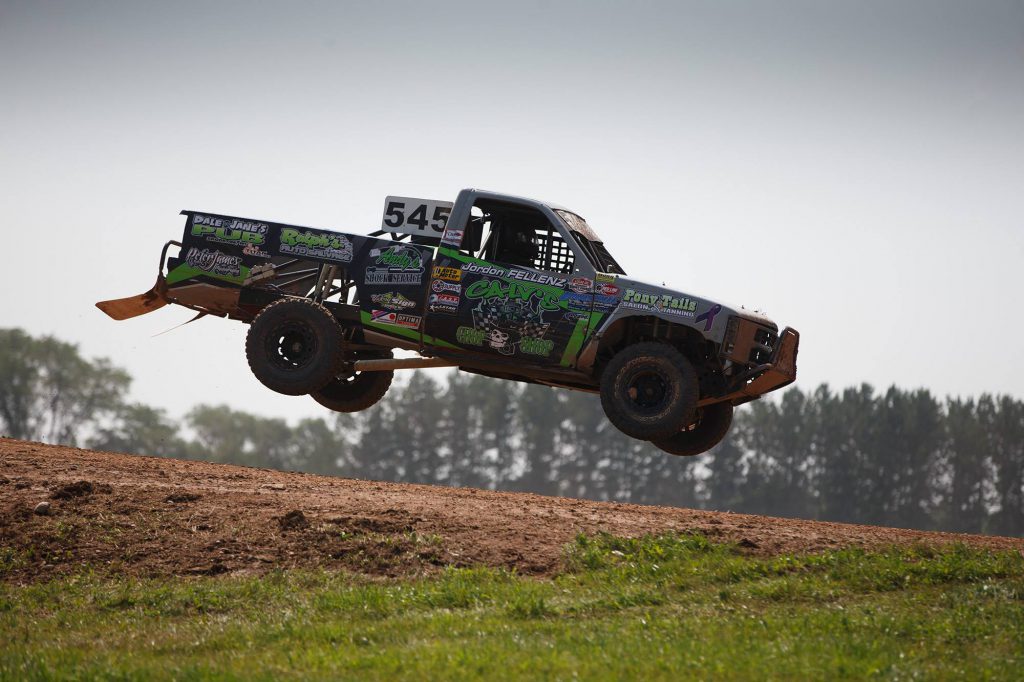 Joey Maciosek (Super Stock Truck): Nick Visser (255) and Jaime Kleikamp (254) both lead Maciosek (252) in the points, but Maciosek is the one who double podiumed at Crandon to kick off the season, He placed first and second in the two races, and added a pair of third place finishes at Bark River.

Jordon Fellenz (Stock Truck): After coming up short to Katelin Wierzba in the season opener, Fellenz hasn’t lost a round since, earning the second win at Crandon and sweeping both races when the class returned to action at Bark River. Fellenz leads Diesel Shanak by 21 points going into the weekend.

Ben Passa (Formula 4×4): Passa’s first podium of the season came at Crandon, when he finished second in the second race of the weekend. But much like Fellenz in the Stock Truck class, after taking that first win, Passa hasn’t lost since, sweeping both the ERX and Bark River doubleheaders.

Aaron Konitzer (Classix): Winning both races at Bark River enabled Konitzer to overtake Fay Statezny in the Classix standings going into the Crandon season finale. They’re only separated by two points, and Statezny swept the class at Crandon in June, so expect quite the showdown coming into the finale.

Owen VanEperen (Mod Kart): VanEperen and Zach Wirhanowicz have split the five Mod Kart wins nearly down the middle this season, with VanEperen taking the outlier at Bark River. With three victories and four podiums, he’s got an 18-point advantage going into Crandon.

Aiden Wandahsega (Short Course Kart): With such a short season, consistency can be more valuable to the points chase than wins. Case in point: Troy Johnson has three victories, but no other podiums, and therefore trails Wandahsega (no wins, but four podiums) by 10 in the current class standings. 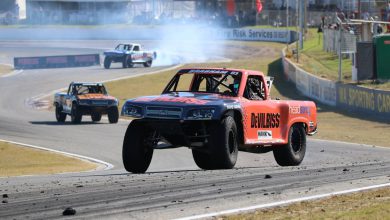 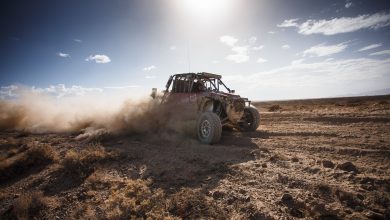 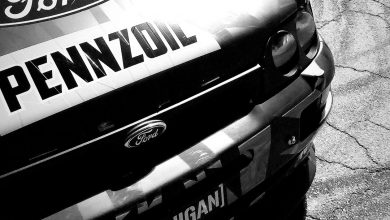 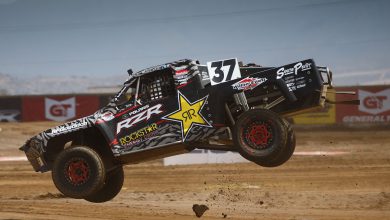