The Lucas Oil Off Road Racing Series makes its annual trip to Mexico this weekend, as the Estero Beach Resort in Ensenada hosts the Rockstar Energy Battle South of the Border for the fifth time this Saturday and Sunday. The annual doubleheader features the top six classes in LOORRS action, with the Pro 2, Pro 4, and Pro Lite trucks joined by both Turbo and P1000 UTV and Pro Buggy drivers.

Defending Pro 4 champion RJ Anderson continues his pursuit of back-to-back titles, and will look to do one spot better on each race day after a pair of runner-up finishes here in 2018. But he’ll have to get through not only defending Mexico winners Adrian Cenni and Doug Mittag, but also current Pro 4 points leader Kyle LeDuc, whose three-race win streak dates back to last year’s season finale.

Christopher Polvoorde swept last year’s Pro Lite races in Mexico, but a disappointing result at Wild Horse Pass has him sixth in points, 23 back of defending class champion and Glen Helen Raceway winner Ryan Beat. With last year’s Pro Buggy champion Darren Hardesty not on the grid in 2019, Glen Helen winner Chris Nunes and Eliott Watson sit tied atop the class standings at 100 points apiece, although everybody in the top five is within 10 points of the lead.

The UTV classes complete the run of show in Estero Beach, and last year’s class champions enter the event as heavy weekend favorites. Corry Weller shoots for her third straight win to kick off the Turbo UTV season on Saturday, and she’ll hope to add to an already significant 14-point advantage over Ronnie Anderson over the course of the doubleheader. In P1000 UTV, it’s Brock Heger who hopes to back up his double podiums from Mexico last season, and extend his championship lead to more than the four-point advantage he currently holds over Robert Stout.

The Lucas Oil Off Road Racing Series Rockstar Energy Battle South of the Border runs full race programs on both Saturday and Sunday, with qualifying in the morning and racing in the afternoon. The first scheduled broadcast of LOORRS action from Estero Beach comes on June 23 at 8PM ET/5PM PT on the CBS Sports Network. 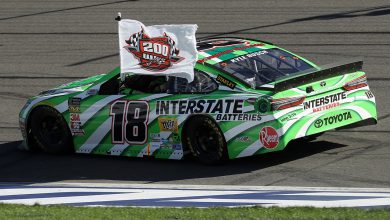