RJ Anderson needed to have a massive weekend at Glen Helen Raceway to harbor any chance at winning dual Pro 4 and Pro 2 titles in this year’s Lucas Oil Off Road Racing Series season.

Fortunately for him, that’s exactly what he had on Friday and Saturday at the Rockstar Energy Glen Helen Off Road Nationals.

Anderson managed to extend his advantage over Doug Mittag in the Pro 4 class by seven points, and halved his deficit to Rob MacCachren, with a win and second place finish in each class in the doubleheader event. That sets up a dramatic season finale next month at Wild Horse Pass Motorsports Park, where all nine classes will see their champions crowned in the second visit to the Arizona course this season. 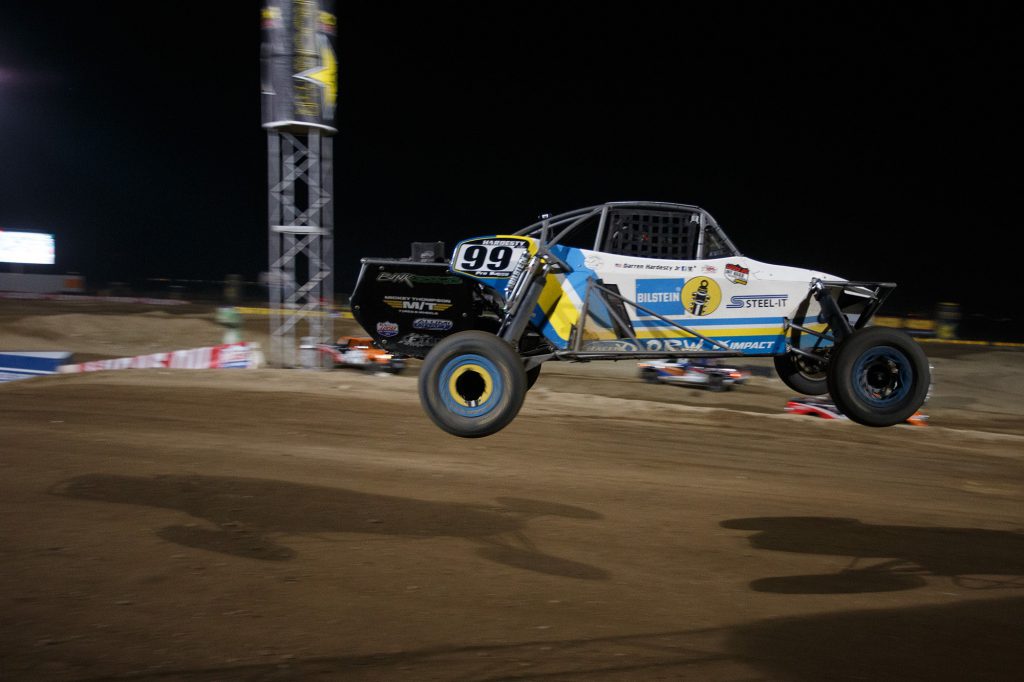 He wasn’t the only person to have a huge weekend, though. While Eliott Watson’s qualifying performances and second place finishes kept him honest, driver Darren Hardesty swept the weekend in Pro Buggy to extend his points lead to 13. Likewise, Corry Weller went back-to-back in Turbo UTV to turn a tie with teammate Paul O’Brien into a 25-point advantage g