The 12-round Lucas Oil Pro Motocross season wraps up for 2018 with today’s finale at Ironman Raceway in Crawfordsville, Indiana. In only its fifth season on the calendar, the relatively new event has nonetheless occupied an especially crucial spot on the schedule, and should see a fittingly interesting conclusion to what has thus far been somewhat of an unpredictable season.

Eli Tomac’s pursuit of a second consecutive outdoor 450 title is the defining storyline coming into the weekend, as he looks to strongly close out a year that has been rich in race wins in both Monster Energy Supercross and Pro Motocross. As you’re watching today’s action, here’s what you should be looking out for:

Can Eli Tomac hang on to the 450 points lead?

50 points are left on the line today at Ironman for any rider who can win both motos. Tomac’s lead over Marvin Musquin currently sits at 20, after an up-and-down championship battle all season long that has seen the two riders trade the points lead. Chances are, Musquin’s best shot at a title is to win out, and hope that bad luck bites Tomac once again, as it has on a number of occasions this year, and results in a DNF. Anything can happen, and just about everything has this year, but it’s a hard bet to make.

How will Chad Reed do in his return to outdoor racing?

Reed, Supercross’ record holder for most main event starts, has still held his own in the stadium season over the years, even in the number of seasons he’s spent going up against the factory teams as a privateer. But after withdrawing from Pro Motocross in 2015, he’ll return to the series today with AutoTrader/Yoshimura Suzuki ride, substituting for the injured Justin Bogle and Weston Peick. No matter the result, it’s always a fun time to see one of the true legends of the sport saddle up with a quick ride.

What will we see from Aaron Plessinger’s 250 victory lap?

Yamaha put an end to any speculation about Plessinger’s future earlier this week, when they announced that he would forego his #1 plate in the 250 class next year in both Supercross and Pro Motocross to move into the 450 class alongside Justin Barcia. That makes this, and October’s Motocross of Nations, the final two rounds where we’ll see him on the smaller bike. Will we see him take it easy this weekend and savor a well-deserved dual-title season, or could we see yet another weekend sweep? 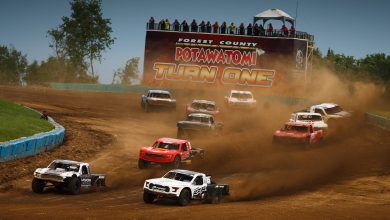 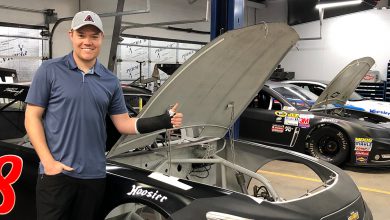