Professional off-road racer and Red Bull athlete Mia Chapman will make the switch from short course off-road racing to the desert as she makes her Best in the Desert debut at this weekend’s Parker 250 presented by Polaris RZR. Chapman will take the wheel of the #1837 Polaris RZR in the UTV Naturally Aspirated class in the first race of her brand new desert campaign.

“I’m really excited to make the switch to full-time desert racing for the 2020 season,” said Chapman. “After many successful years of short course racing, conquering another discipline, in a new vehicle, is a challenge I just couldn’t pass up. I’m looking forward to making my debut at the Parker 250, where UTVs serve as the premier competing class, and I can’t wait to get off the line this weekend!”

Chapman heads to the desert coming off of a busy, but successful, short course season in 2019. In Production 1000 UTV competition, she scored five podiums in 10 starts in Lucas Oil Off-Road Regional Racing Series events in California and Arizona, made seven starts in Lucas Oil Off-Road national events, and finished 16th against a massive field in the 50th anniversary of the Crandon Off-Road World Championship. It was a worthy successor to her strong 2018, where she scored two wins and 10 podiums in Mod Kart action, and became the first female Red Bull athlete on four wheels in the United States.

But a new season means new challenges, and a fresh look to go with them. Chapman trades in last year’s red scheme for a predominantly black and blue look on her new ride, and welcomes a host of new partners as well. Yokohama joins the fray as her new official tire partner, while Vision Wheel has added Chapman to a dramatically expanded driver roster that includes some of the most legendary names in off-road racing.

“I’m really grateful for all of my partners as we take the next adventure, from the ones that have stuck by me for years to the new ones that have come on board in the offseason,” added Chapman. “Thanks to Yokohama, we’ve got the right tires for the job in conquering the desert terrain. I’m also honored to be a part of the Vision Wheel driver family and looking to kick things off on a high note in Parker!” 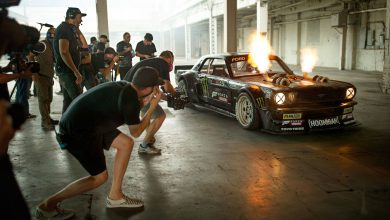 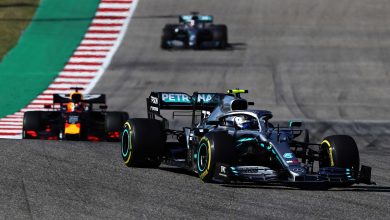 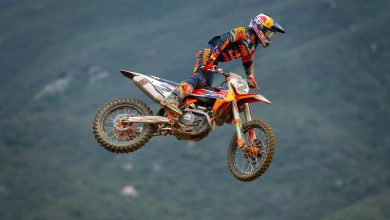