Supercross’ biggest stars return to racing indoors for the first time since the spring this weekend for the Monster Energy Cup. Making its eighth visit to Las Vegas, the invitational event will see a unique and innovative course invade Sam Boyd Stadium in the potential million-dollar event.

As always, the Monster Energy Cup course takes the typical level of Monster Energy Supercross track design and amplifies it. Aside from the typical drag-race frontstretch, tight turns, and rhythm sections, this year’s layout adapts the Joker Lane from other forms of off-road racing, forcing riders to take one slower lap in each of the three 10-lap main events. The course also mixes multiple surfaces, including both dirt and sand sections, and also features elements that climb up into the grandstands and outside of the stadium entirely. 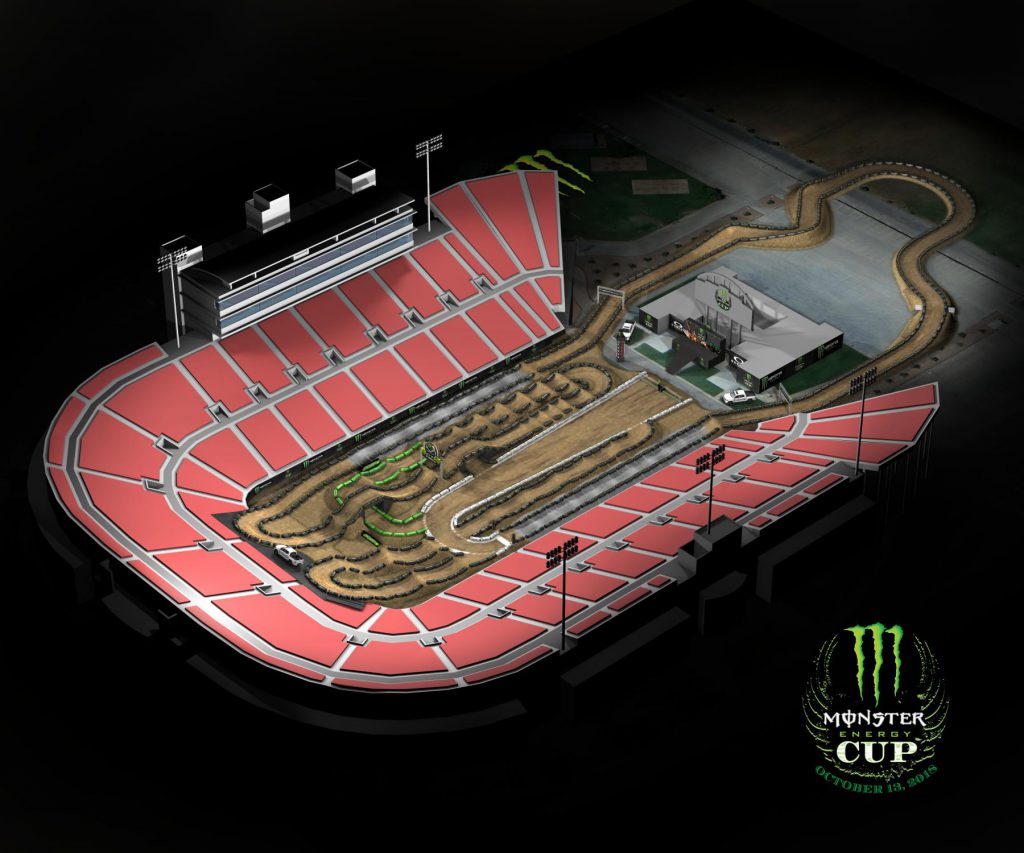 Bigger obstacles means bigger prizes, too. With a $250,000 purse on the line, someone stands to take home a solid paycheck this weekend—but anyone who can win all three main events will claim an extra $1 million, both for themselves and for a lucky fan selected for this weekend’s Monster Millions promotion.

After a month off in the wake of the conclusion of the Lucas Oil Pro Motocross season, many of the sport’s top riders took back to their bikes for last weekend’s Motocross of Nations at RedBud Motocross. Eli Tomac, Aaron Plessinger, and Justin Barcia teamed up for the American team; Tomac and Barcia are expected to headline this weekend’s action, but Plessinger is not on the entry list as of Tuesday. 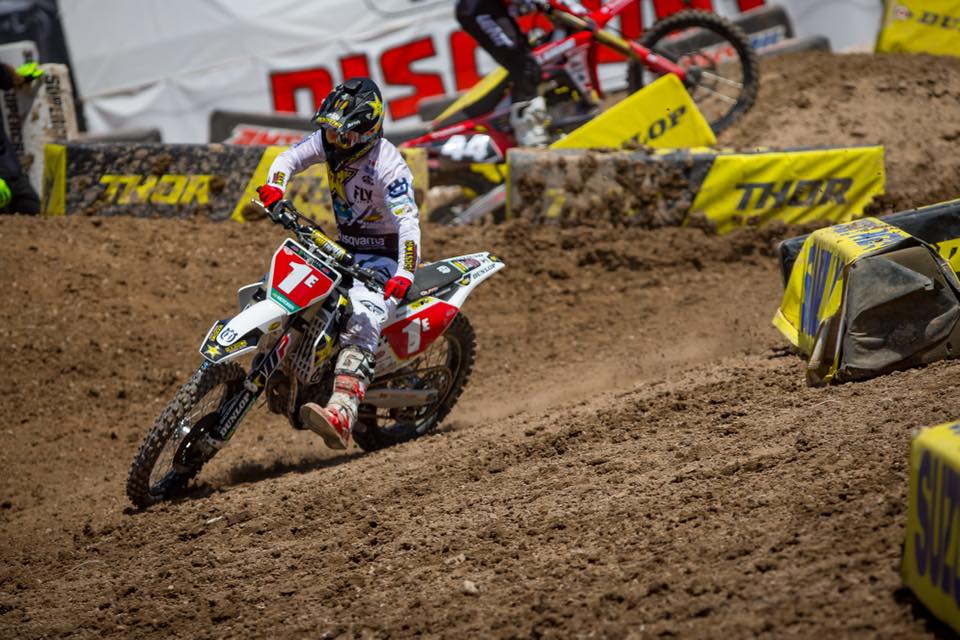 Interestingly, Plessinger is far from the only top rider to move up to a 450 for 2019 who isn’t on the entry list. 2017 dual champion Zach Osborne, who will finally make the move up for Rockstar Energy Husqvarna, isn’t competing. Neither is Justin Hill, who makes the permanent switch to a 450 after splitting time in both classes for JGRMX Suzuki this year. However, Joey Savatgy moves up with Monster Energy Kawasaki alongside Tomac, and is on the entry list; under the open event format, keep in mind that both 250 and 450 bikes will be competing, but expect Savatgy to debut a 450 on Saturday night.

Defending Monster Energy Cup winner Marvin Musquin was noticeably absent from MXoN as his native France won the title for the fifth straight year. Musquin was the Pro Motocross winner at RedBud this year, leading to criticism of the French squad for passing him over, but lead rider Gautier Paulin explained post-race that Musquin “didn’t want to come.” Perhaps you can’t blame him: Musquin swept all three main events last year, becoming just the second rider to claim the million-dollar bonus. He’ll be joined for the first time on the Red Bull KTM squad by Cooper Webb, who leaves the factory Yamaha ride now assumed by Plessinger. 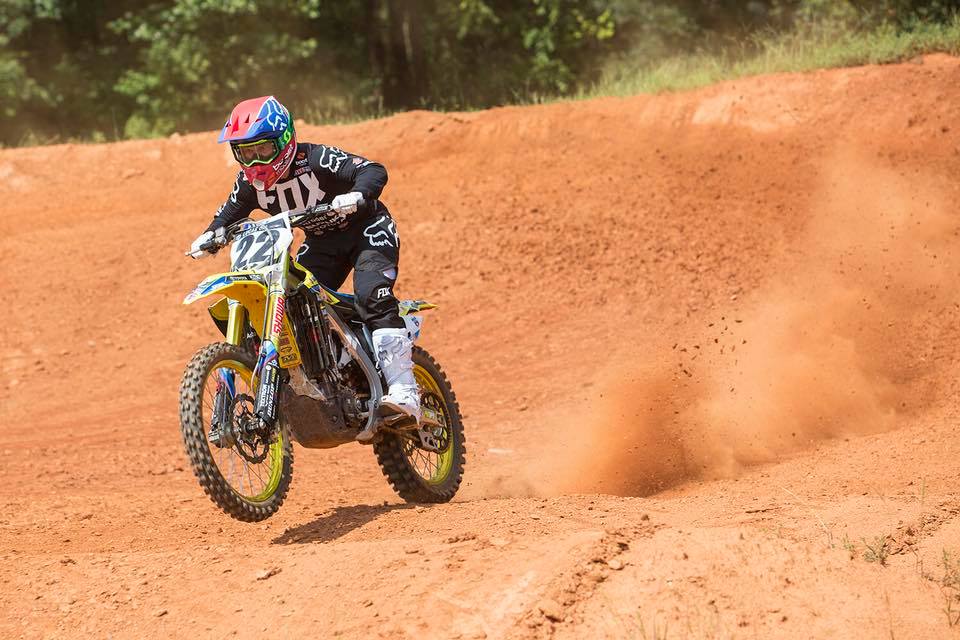 Other top riders expected to compete include Chad Reed, who rode for his own privateer team in the 2018 regular season; he’ll return to JGRMX for this event after riding for the team in the Pro Motocross season finale. Rocky Mountain ATV/MC teammates Blake Baggett and 2018 Supercross 450 Rookie of the Year Benny Bloss are also signed up, as is Malcolm Stewart, who will look to join brother James as a past event champion.