Last year’s Monster Energy Cup featured a brand new rider for Monster Energy Kawasaki handing off the lead to teammate Eli Tomac so the latter could score a million dollar payday. This year’s event featured another new rider in green, but a very different story at night’s end.

Adam Cianciarulo’s payday may not have been quite as rich, but the heralded up-and-comer made his mark in his 450 debut by scoring the victory in the third main event, and earning the overall victory and $100,000 prize with it at Sam Boyd Stadium on Saturday night. In a winner-take-all third race, Cianciarulo dropped the gate in a three-way tie with Tomac and Malcolm Stewart atop the intermediate standings, but bested Tomac in a close battle in the 10-lap final. 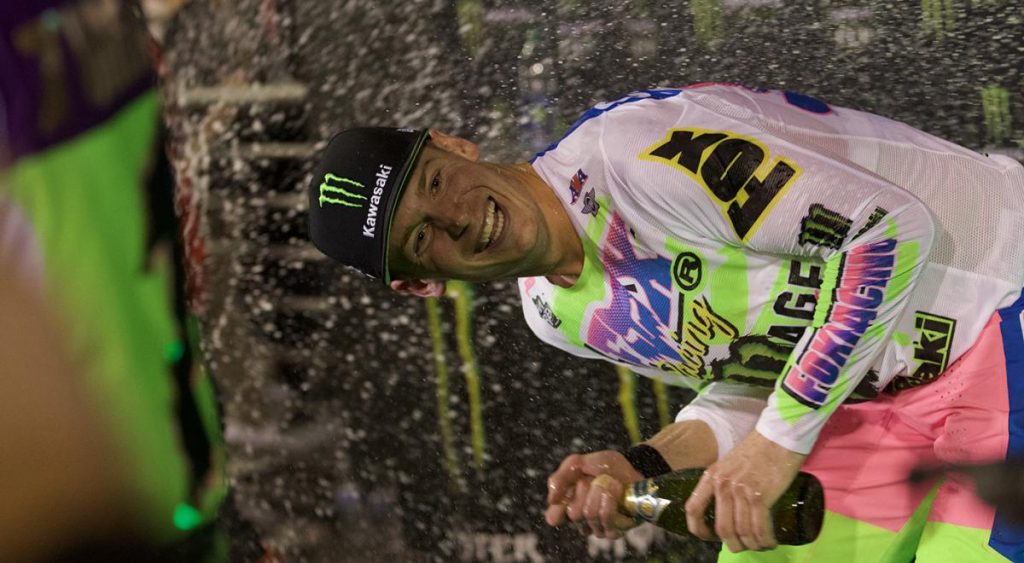 The Kawasakis were popular picks going into the event, with Tomac looking to score the million for the second year in a row by winning all three races and Cianciarulo just looking to make his mark in his debut. Cianciarulo threw the first punch by taking the first holeshot, but lost the bike in the turn after the tunnel, yielding first place and the victory to Tomac. Cianciarulo recovered for second, with Stewart charging to third as the SmarTop/Bullfrog Spas/Motoconcepts Honda team proved to be best of the rest.

But that loss of control would come back to bite Tomac after miscalculating a jump outside of the stadium in the second race, and it’d be the reigning outdoor champion who would bite the dust and fall to third. That opened the door for Stewart to score an exciting victory, with Cianciarulo coming home behind him. That left all three riders tied with four points going into the last race, and lowered the prize to $100,000, with no rider able to claim all three main event wins.

This year’s event was unique for its use of three different track layouts, including one race that went in the opposite direction of the other two, but in the end, it was the Joker Lap that proved to be the difference maker. Both Cianciarulo and Tomac took it on different laps, but while it appeared that Tomac would take the lead on Cianciarulo’s Joker, the latter had just enough momentum to hang onto the top spot and score both the race and overall victory. 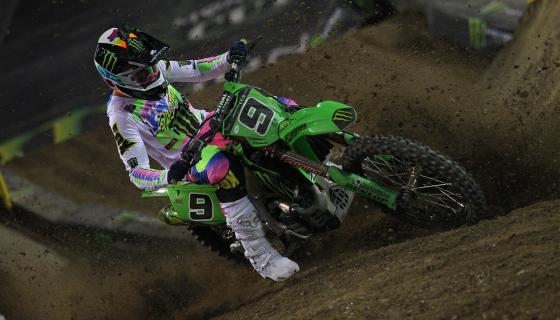 Vince Friese, Stewart’s teammate, came home fourth after scoring top five results in all three races, while three-time world champion Tim Gajser returned to Las Vegas and completed the top five. Jeremy Martin made his long-awaited return from injury to score an eighth place finish, while Chad Reed completed the overall top 10 on a Honda in a program that he threw together in just two weeks. Jett Lawrence swept the Supercross Futures races, while Evan Ferry did the same in Supermini.

With the annual invitational now out of the way, attention turns to the 2020 Monster Energy Supercross season. The championship kicks off with its traditional opener at Angel Stadium of Anaheim on January 4, and continues through May 2 with its new season finale at Rice-Eccles Stadium in Salt Lake City. 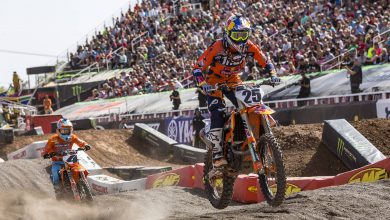 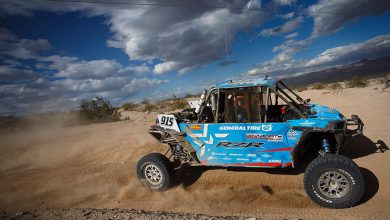 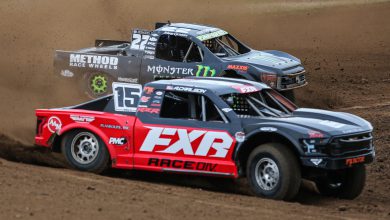