After months of waiting, we finally dropped the gate on the 2019 Monster Energy Supercross season last weekend at Angel Stadium of Anaheim—and we were treated to surprise after surprise.

Dean Wilson dominating most of the 450 final as a privateer? Colt Nichols leading from holeshot to finish to assert himself as a 250 West title contender? Jason Anderson stumbling out of the gate to a dismal 14th place run? Justin Barcia eventually earning the win in the season opener? The motocross world has had plenty to talk about coming into this weekend at State Farm Stadium, and now, it’s time to figure out which stories were flukes and who’s a legit contender. 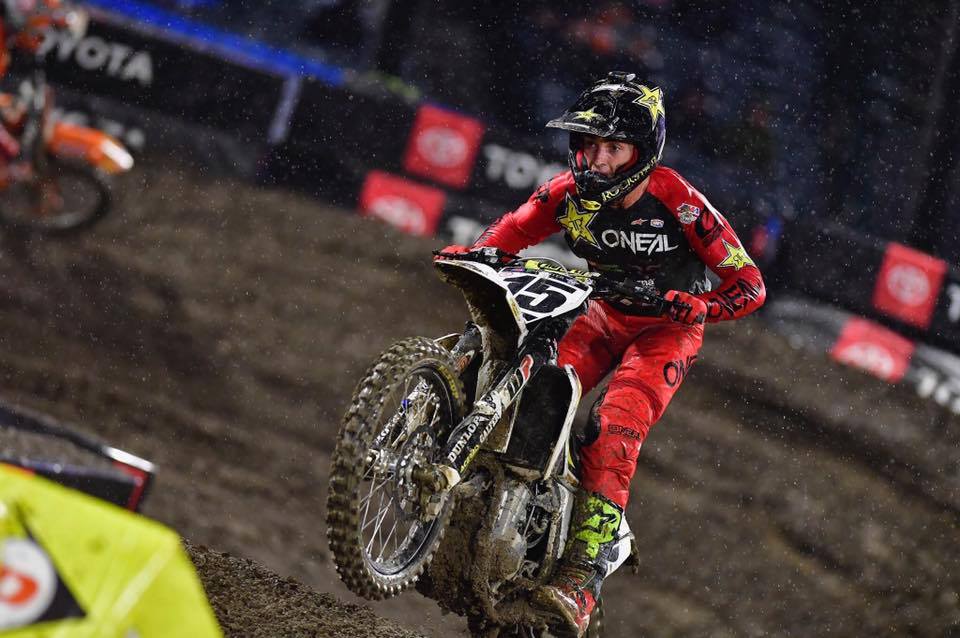 Everybody loves an underdog, and now that Wilson is no longer a factory rider, he certainly fits the bill. He led for well over 10 minutes of the 20-minute final, and will certainly be one of the first riders in line for a replacement gig if somebody goes down. After years of struggling with injuries, it’s nice to see him back on a bike and running strong. Likewise, Malcolm Stewart’s strong early run was fun to watch, and he landed a well-deserved top 10 finish of his own.

Compare that to Jason Anderson, Wilson’s former teammate at Rockstar Energy Husqvarna, who couldn’t even muster that in the first race of his 2018 title defense. Anderson would up 14th, over a lap down, after qualifying sixth overall and finishing fifth in his heat. That’s a far cry from his second and third place finishes in Anaheim last year, and worse still, he won’t have the benefit of both Marvin Musquin and Eli Tomac (not to mention anybody else) spotting him a race going into Glendale.

Behind Barcia, who made the winning pass on Wilson late in the race, Ken Roczen and Tomac completed the podium; all three should be strong in this year’s title race. Musquin was a so-so eighth, while Cooper Webb (fifth) and Chad Reed (ninth) had decent performances with their new factory teams. Meanwhile, last year’s 250 West Aaron Plessinger led the rookie crop with a sixth place finish for Monster Energy Yamaha; Justin Hill and Joey Savatgy came in behind Anderson in 15th and 16th, while Zach Osborne will debut later in the year after collarbone surgery. 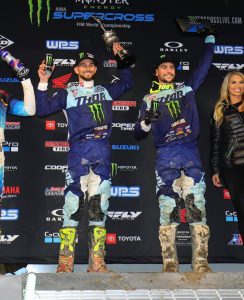 If you were focused entirely on returning front-runners Adam Cianciarulo and Shane McElrath coming into Anaheim, it may feel like Colt Nichols came out of nowhere on Saturday night. Nichols ran three East races last year, coming home with a runner-up finish in Arlington and top 10s in Tampa and Atlanta, but will run the West region this year alongside Dylan Ferrandis at Star Racing Yamaha in place of the departed Plessinger.

If the muddy Anaheim opener is anything to go by, the title might stay with the blue squad. Nichols and Ferrandis went 1-2, with the winner taking his first 250 indoor victory, while McElrath completed the podium. But truthfully, the entire top six in last weekend’s results look pretty strong for the title. RJ Hampshire will lead the GEICO Honda squad and placed fourth, while Pro Circuit Kawasaki teammates Cianciarulo and Garrett Marchbanks ran fifth and sixth.

Going by last year’s results, Glendale will be wide open for someone in the 250 class to step up and take. Due to both promotions and injuries, only McElrath (second) and Cianciarulo (third) are returning out of last year’s front-runners. Will it make a difference, or will the newcomers shine once again? 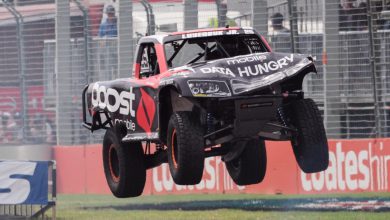 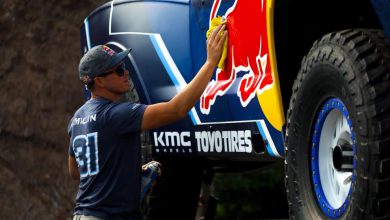 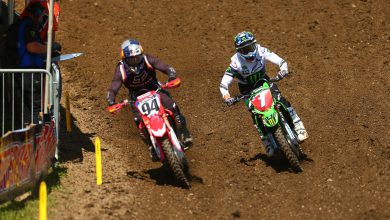 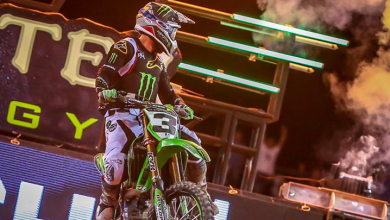