If you’re looking for surprises out of this year’s NHRA Countdown to the Championship, you should be pretty happy with what Maple Grove Raceway had to offer.

Richie Crampton, Jack Beckman, Jason Line, and Jerry Savoie were Sunday’s winners in the Mopar Express Lane NHRA Nationals, the first of six playoff rounds for the NHRA Mello Yello Drag Racing Series. Three of the four drivers who took home a Wally from the Pennsylvania drag strip were only winners for the second time this season, while Beckman’s victory was his first since the Lucas Oil NHRA Nationals in Brainerd in 2018.

Crampton got the best of teammate Doug Kalitta in an all-Team Kalitta final, tying team owner Connie Kalitta with 10 career victories in the process. The win enabled the Australian to leapfrog four drivers to take fifth in the standings, while Kalitta inherited the top spot after a shocking early exit for defending champion Steve Torrence. Torrence is now third, 47 points behind Kalitta and 14 behind 2017 champion Brittany Force. 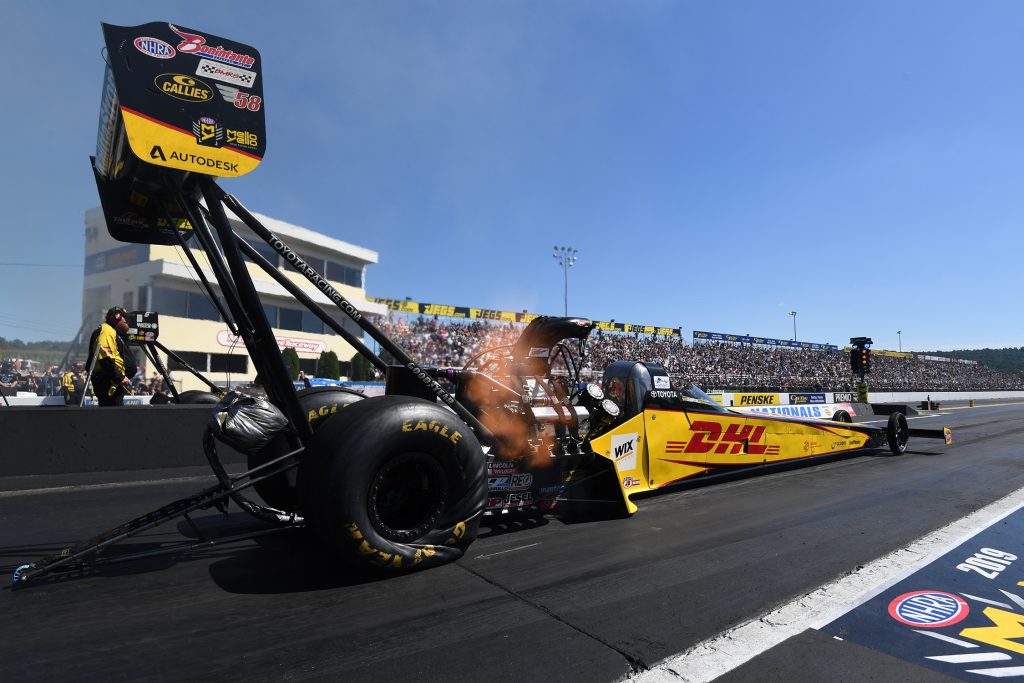 Beckman, meanwhile, exacted his revenge on John Force for his loss in the Chevrolet Performance US Nationals on Labor Day, taking down the 16-time Funny Car champion in the final round. The Don Schumacher Racing driver leads the standings for the first time since last year, though Force (-19) and regular season leader Robert Hight (-24) are hot on his heels.

Line didn’t just take his 50th career Pro Stock victory on Sunday, he also extended his streak of at least one playoff victory in each of the past four years. The three-time class champion now holds a 39-point lead over Bo Butner, who dominated the early stages of the season. Savoie, meanwhile, scored his second straight victory to steal a six-point championship lead from Andrew Hines, who has seven wins so far in 2019.

The NHRA Mello Yello Drag Racing Series takes the next week off before regrouping at World Wide Technology Raceway at Gateway on September 27-29. The AAA Insurance NHRA Midwest Nationals went to Torrence, Hight, Tanner Gray, and Matt Smith last year; of the group, only Hight missed out on the championship, finishing second to JR Todd.