The Netherlands won the battles, but France won the war—all on American soil—at this weekend’s Motocross of Nations.

Returning to the United States for the first time in eight years, the iconic RedBud Motocross was the host of this weekend’s event. The longtime staple of the Lucas Oil Pro Motocross schedule produced challenging conditions in race action, though, as wet weather forced riders from 31 of the world’s top motocross countries to take on a much muddier course than they might have hoped for.

The French and the Dutch were poised from the get-go to be the top rivals for the championship in the event, France, led by Gautier Paulin, was looking for its fifth straight title, after taking the previous four with him as its MXGP rider. The Netherlands, led by Jeffrey Herlings, would be looking for its first event win ever after finishing second in each of the past two years.

At the start of the action, it looked like they might be a bridesmaid no more. Even in a first moto where Herlings fell off his bike on the first lap and dropped to fifth, the 2018 MXGP champion had plenty of time to climb his way back to the lead, as each race lasted 30 minutes and two laps. He’d take the first moto victory, with Paulin in second and Spain’s Jorge Prado the top MX2 rider in third.

In fact, the Dutch riders would sweep all three motos, with Open rider Glenn Coldenhoff winning each of the next two races and completing a 1-2 with Herlings in the third and final race. But MX2 rider Calvin Vlaanderen placed 36th in the first race and didn’t start the second due to eye issues, meaning the team could only drop one of his scores. That meant that his first race was responsible for 36 of the team’s 41 points, alone more than France scored, and dropped the team to third.

Paulin’s second and third place finishes led France to the overall victory with 35 points, even without Pro Motocross RedBud winner Marvin Musquin on the roster. Its worst score after the drop was a 15 with Open rider Jordi Tixier. Italy finished second with 37 points; although the team’s worst un-dropped score was only a 12, the Italian team didn’t crack the podium in any of its events.

The United States improved from a disappointing ninth place last season to sixth this year, but the heavy hitters of Eli Tomac, Aaron Plessinger, and Justin Barcia failed to crack the podium, either. Tomac’s fourth place ride in the first moto was the team’s best finish of the event. While all three riders have next weekend’s Monster Energy Cup to prepare for, with a potential $1 million prize on the line to anyone who can win all three of its main events, the result still disappointed many American fans still upset with last year’s abrupt stop to a 12-year podium streak. (On the bright side, Ryan Villopoto defended the Americans’ honor in the informal Pit Bike of Nations in the paddock the night before the main events.)

Meanwhile, the old guard from Team Puerto Rico found itself in the main event when Ryan Sipes and Kevin Windham took second and fourth, respectively, in the B-Final. Windham finished 32nd and 40th in his two motos, Sipes placed 30th and 36th as the MX2 rider, and Open class competitor Travis Pastrana placed 38th and 39th in his two races after finishing 18th in the B-Final. 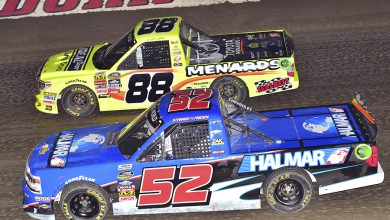 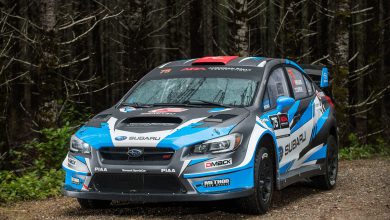 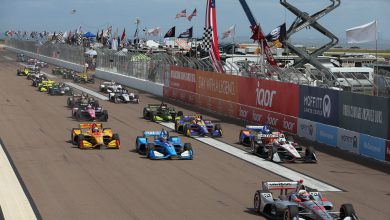