For the first time in 2019, all four classes of the NHRA Mello Yello Drag Racing Series will compete on the same weekend as Pro Stock Motorcycle kicks its season off at Gainesville Raceway for the 50th annual Gatornationals. The weekend will include a celebration of drag racing’s heritage, as eight of the sport’s most familiar names take to the lanes once again for Unfinished Business, where eight equally prepared cars in retro-themed dress will lead legends down the track.

But the current cars and stars of the sport are what we’re really here for, and they’ll be looking to earn gold in this weekend’s golden anniversary event in Gainesville. Here’s what we’re looking out for this weekend:

He may not be running full time in 2019, but Billy Torrence is your current Top Fuel points leader after winning last time out in Arizona. Doug Kalitta took the opening race of the year and sits second in the standings, just six points back. Coming off his dominant 2018 Countdown to the Championship, Steve Torrence hasn’t yet taken a victory this year, and a win in Gainesville would be his first, but the Capco team remains among the fastest in the sport. 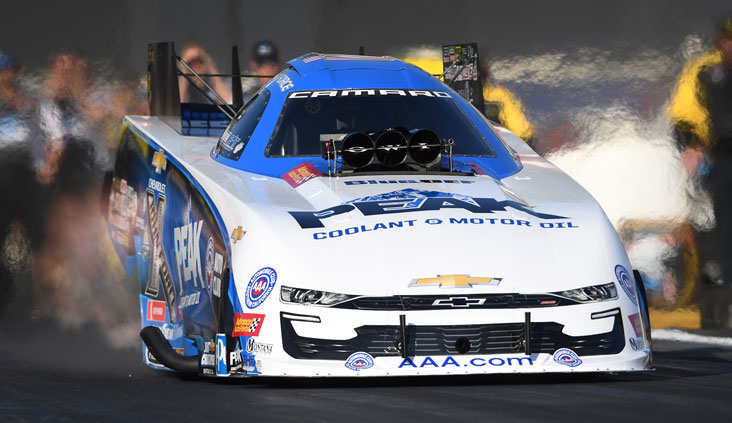 Veterans Robert Hight and Matt Hagan kicked off the season by scoring the first two wins of the season, and they should be threats to take the crown from J.R. Todd this season. But Todd still made it to the final at Wild Horse Pass, and should earn his first victory of the season sooner than later. So should John Force, whose next victory will be his iconic 150th; he’s got eight wins in 13 final round appearances here, and a ninth would make for a phenomenal story,

Much like the Funny Car class, two veteran names earned the first two victories of the season, with Bo Butner’s unretirement the catalyst for his Pomona victory and Jeg Coughlin Jr. the winner in Arizona. But a deep field is raring to break out this weekend, from Erica Enders and her two semifinal appearances to Matt Hartford and his final round run at Wild Horse Pass.

For the first time this year, the NHRA’s two-wheel stars grace the lanes in Gainesville. Defending PSM champion Matt Smith may have been a DNQ here last year, but he dominated the end of last season and enters as the title—and weekend—favorite. But don’t sleep on Eddie Krawiec, who has only lost three times in his last 32 elimination rounds at this event and has won it six of the last nine times.