Round two of 24 in the 2018 NHRA Mello Yello Drag Racing Series season takes us east of California—but not too far, as Wild Horse Pass Motorsports Park in Chandler, Arizona plays host to the Magic Dry Arizona Nationals. The top Pro Stock, Funny Car, and Top Fuel racers in the world will battle for the Wally this weekend in what should be another highly competitive weekend.

With only two of last year’s three national winners back on track and looking to defend, we could see all different winners in this year’s edition of the annual Arizona stop. Here’s what we’ll be watching out for coming into Sunday’s elimination rounds:

Steve Torrence’s dream 2018 season saw its first of an eye-popping 11 wins come here in Arizona, and he enters the weekend as the lone winner looking to defend. The Texan took down Steve Chrisman, Blake Alexander, and his father Billy Torrence on the path to the finals, where he defeated Scott Palmer for the victory.

Of last year’s four semifinalists, both Torrences and Palmer will all be back to chase this weekend’s win. Also returning to action will be Winternationals winner Doug Kalitta, who kicked off the season with a Wally for the second year in a row. Kalitta qualified 11th and lost to Billy Torrence in this event in 2018. 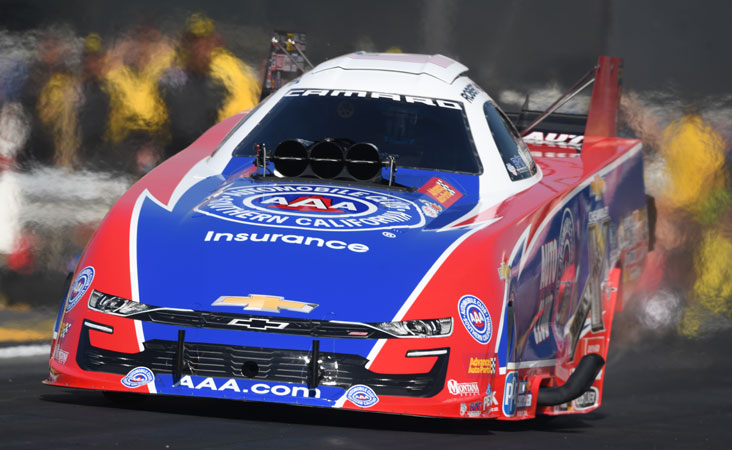 Defending winner Courtney Force retired from drag racing in the offseason, leaving 2018 runner-up Tommy Johnson Jr. and fellow 2018 semifinalists John Force and Shawn Langdon among this weekend’s favorites. Johnson Jr.’s .052-second reaction time was the best of anyone in Arizona last year, as he chases his first Wally since the 2017 season finale in Pomona.

But it was Force’s teammate Robert Hight, last year’s championship runner-up to JR Todd, who took the season-opening win in Pomona. Just like Kalitta, Hight was a first-round elimination in 2018, where he also qualified 11th and went down to Johnson Jr. by .091 seconds.

Chris McGaha’s first of two victories in the 2018 Pro Stock season came at Wild Horse Pass, where he took down Tanner Gray, Erica Enders, Alex Laughlin, and Jason Line to grab the win. Seven of last year’s eight first-round winners in Arizona are on this weekend’s 18-car entry list, with Drew Skillman the only exception.

2017 Pro Stock champion Bo Butner had been due to retire after last year, but reversed his decision in the offseason and won the Pomona opener for the second year in a row. Like both Kalitta and Hight, he went down in the 6-11 matchup of the first round last year; the only difference was that he was the 6 seed.