The second half of the NHRA Mello Yello Drag Racing Series season kicks off this weekend with the NHRA New England Nationals, the series’ only visit to New England and its 13th of 24 events in 2018. Since debuting at Epping, New Hampshire’s New England Dragway in 2013, the race has been a popular summer stop for the series, with the Top Fuel, Funny Car, and Pro Stock classes all taking part.

Built in 1966, the all-concrete New England Dragway has been the sport’s most prominent venue in the northeast for half a century. Previously hosting a June event, the track swapped dates with Route 66 Raceway for the 2018 season.

Brittany Force, Matt Hagan, and Erica Enders won last year’s New England Nationals in the three premier divisions, and all three will look to do the same this year. Hagan and Enders come into the weekend tied for second and third outright in the Funny Car and Pro Stock classes, respectively, with Enders just 52 points off of leader Tanner Gray. But defending Top Fuel champion Force, despite being well within the cutoff for the Countdown to the Championship, has a little more work to do, currently sitting eighth in the standings.

Of the defending winners, Hagan will also be the only driver looking for back-to-back wins after the Summit Racing Equipment NHRA Nationals two weekends ago. Hagan beat Funny Car points leader Courtney Force in the finals in Ohio; Enders, meanwhile, fell to Gray in the Pro Stock final round. Blake Alexander, who defeated Terry McMillen for his first career Top Fuel win, won’t be on the New England entry list, as he competes in a limited schedule in 2018.

Courtney Force’s 250-point lead in the Funny Car championship is the largest right now, with Jack Beckman and Hagan tied behind her on points for second place. However, Robert Hight, J.R. Todd, and Ron Capps are each within 33 points of Beckman and Hagan, making the battle for second especially tight. The Pro Stock battle is also close, with Gray just 26 points ahead of Greg Anderson and four drivers less than 100 points down.

The Top Fuel points race, meanwhile, is shaping up to be an interesting one, with leader Steve Torrence back up to a triple-digit advantage. Second-place Clay Millican is 117 points out of first, with Tony Schumacher only 30 points behind Millican in third and a number of other top drivers currently in the top 10.

The NHRA New England Nationals will air on Sunday at 1PM ET/10AM PT on FS1, while Saturday Nitro Live will air the day before at 1:30PM ET/10:30AM PT. Stay tuned to DownAndDirtyShow.com and our Instagram @DownAndDirtyShow for updates from the event! 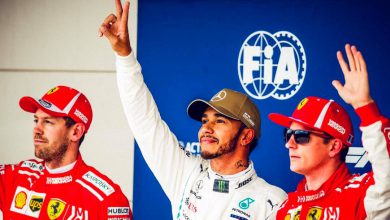 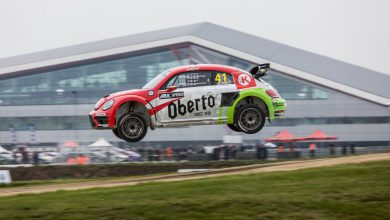