The NHRA Mello Yello Drag Racing Series brings the thunder anywhere it races, but this weekend’s tilt at Bristol Dragway is still one of the most exciting events of the season. The NHRA Thunder Valley Nationals will see the stars of Top Fuel and Funny Car battle it out once again, while the Mountain Motor Pro Stock cars will also be on hand in Bristol for the first time in two decades.

It’s impossible to tell the story of the Top Fuel season so far without focusing on Steve Torrence. The defending champion spanked the field last year with a sweep of the six-race countdown, and after finally scoring his first victory of the season in Charlotte in April, has done the same thing since. Torrence is currently in the midst of a five-race win streak, while a victory here in Bristol would equal last year’s career-best mark and put him just one Wally short of tying Tony Schumacher’s all-time record of seven in a row.

But remember, the Top Fuel class started the season with six different winners in six races, and plenty of other big names are still chasing their first victory. Torrence’s father Billy was his opponent in last weekend’s final from Heartland Motorsports Park, and is currently Countdown-eligible for 2019 despite running a limited schedule. Doug Kalitta continues to hold on to second place in points after winning the season opener, but big names like Clay Millican, Antron Brown, and Leah Pritchett continue to chase their first wins of the year. 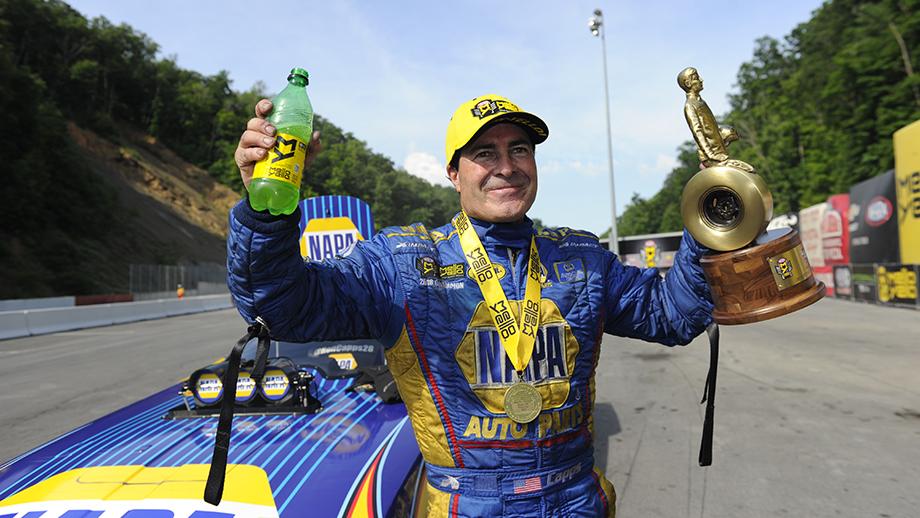 In Funny Car, Ron Capps will look to defend last year’s Wally and score his third victory in five races. But he’ll need to beat points leader Robert Hight, who won his fourth race of the season last weekend in Topeka, and a host of others to do it. Much like Top Fuel, the Funny Car class has seen six different winners so far this year, but unlike the recent dominance of Torrence, most of those different winners have come in the past few events; four different drivers have won the last five.

Mountain Motor Pro Stock, an exhibition class taking the place of the normal Pro Stock championship this weekend, will also be in action. The Mountain Motor cars have no engine displacement limit and may continue to use carburetors, with the option of electronic fuel injection as well. John DeFlorian won the first Mountain Motor race of the season at Houston Dragway, while Christopher Powers took the victory in Charlotte as the class went four-wide for its only 16-car field of the season.

After two weeks of just Top Fuel and Funny Car, the Pro Stock and Pro Stock Motorcycle championships return to action next weekend from Summit Motorsports Park. Next weekend’s Summit Racing Equipment NHRA Nationals represent the halfway point of the 24-round season, and precede a well-deserved break before the championship resumes on July 5-7 at New England Dragway.