With no racing over the Easter weekend, this week’s Down and Dirty Show power rankings are a little bit different. Instead of ranking the top five performances of the past weekend, we’ve highlighted some of the most surprising drivers of the season so far. Here’s a look at Jim’s rankings from the show this week, as well as Down and Dirty Show columnist/media manager Chris Leone’s rankings:

1. Cooper Webb: We don’t share this lists with one another before we share them with you, but Webb was an obvious pick at the top. He wasn’t a no-name before 2019, but this year has certainly elevated him in the eyes of Supercross fans.

2. Charles Leclerc: It’s amazing that Leclerc has been this good this quickly with Ferrari. They just might have a new driver that can really take the fight to Lewis Hamilton and Mercedes.

3. Robert Hight: It’s always hard to pick anybody in the NHRA with multiple top classes, but Hight’s three wins to kick off the season have been surprising with how strong the Funny Car class is.

4. IndyCar Crapshoot: It’s amazing that nobody has really felt like they’ve dominated the early stages of the IndyCar season. Josef Newgarden is leading the points, but he’s certainly not running away with them.

5. Seth Quintero/Brock Heger: Both Quintero and Heger have been ridiculously strong to start 2019. It’s hard to make a proper choice between them, so I’ve got them tied at number five.

1. Cooper Webb: Sometimes all it takes is a change of scenery. After two so-so years with Yamaha, Aaron Plessinger’s promotion nudged Webb over to KTM and may have changed the course of his career.

2. Bo Butner: Retirement? What retirement? Butner has had a torrid start to 2019, and with every Pro Stock round a little more meaningful due to the NHRA trimming their schedule, it’ll be hard to match him.

3. Austin Forkner: It took until Supercross’ visit to Atlanta for Forkner to finally lose a 250 main and even that required two West riders to beat him. He’s been the undisputed king of the East this year.

4. Charles Leclerc: There weren’t a lot of commonalities in our lists this week, but Leclerc’s early performances with Ferrari made him a mandatory share. His first win is coming sooner than later.

5. Colton Herta: We knew Herta would be good, since most Indy Lights graduates these days are. What we didn’t know is that he was “youngest winner in IndyCar history” good. His team played the COTA round perfectly for a well-deserved victory. 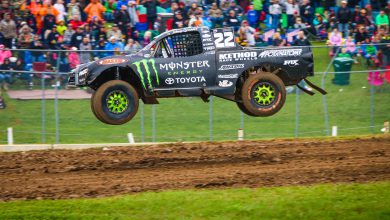 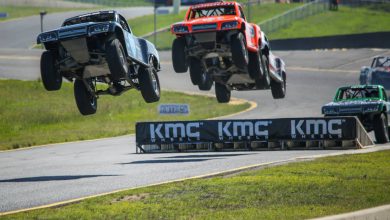 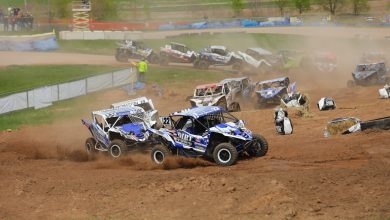