2. Colton Herta: The future is bright for Hertamania 2.0 after his second win of the season at Laguna Seca. He wasn’t the Rookie of the Year on points, but he made up for that with those two victories.

3. Ryan Arciero: It had been a while, but Arciero finally made it back to the top step at a SCORE race in the inaugural Baja 400 with a well-deserved win. Stay tuned to hear him on the show this week!

4. Scuderia Ferrari: With Ferrari now taking the last three F1 race victories, I decided to give this to the team rather than Sebastian Vettel himself. Their 1-2 at Singapore was a huge moment.

5. Adolfo Arellano: Having a Quad racer on this week’s list might be a first, but Arellano was flying in Baja. The course was so suitable to the Quads that he beat every Class 1 entry in the race! 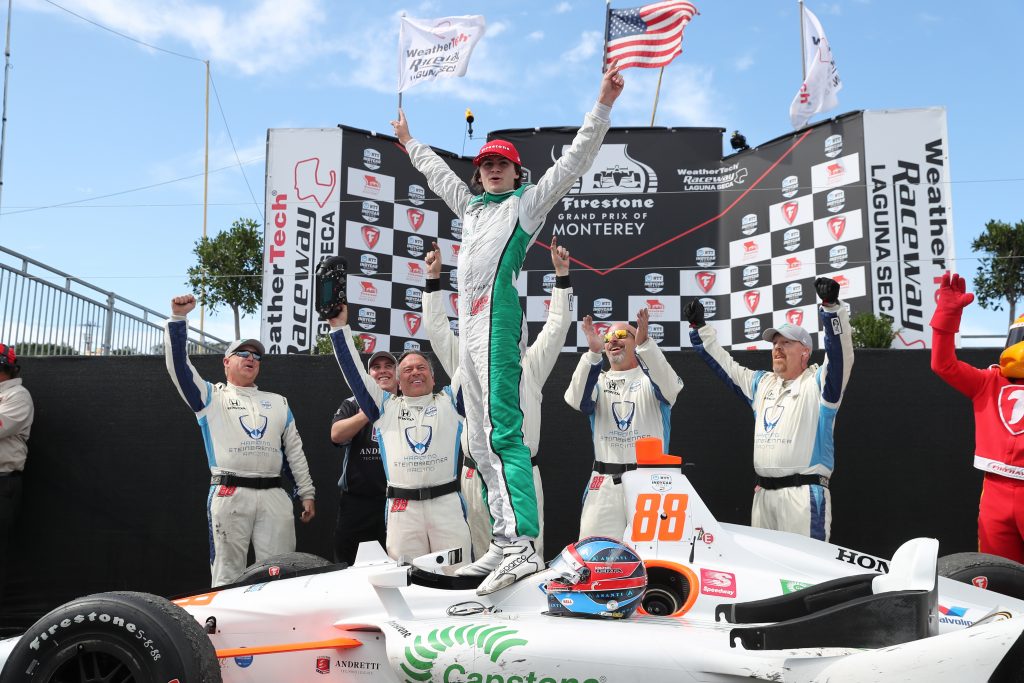 1. Martin Truex Jr.: I don’t remember the last time Jim and I had the same #1 on one of these. But Truex is settling into the same strong form he had in 2017 when he won his first championship.

2. Ryan Arciero: Stellar in the SCORE season opener from San Felipe, Arciero made good on that speed by beating an epic Trophy Truck field in Baja. The top 10 trucks were within 10 minutes of one another.

3. Colton Herta: Call it Laguna Herta. The Harding Steinbrenner Racing driver dominated the IndyCar season finale for his second win of 2019, not long after announcing he’ll join the Andretti family in 2020.

4. Sebastian Vettel: A longstanding winless drought finally came to a close for Vettel in Singapore. It gave Ferrari its first three-race win streak in 2008, and closed him to within six points of third overall.

5. Wes Miller: Around this time last year, Miller had a SCORE win stripped due to a penalty enforced after the race. No such drama this time, as he scored a well-deserved victory in the inaugural Baja 400.