1. Lewis Hamilton: I admit I’ve become a bit of a Hamilton fan over the past couple of years. He’s closing in on Michael Schumacher’s win record with another victory in Russia over the weekend.

2. Torrence Racing: It’s always fun when Billy takes a Top Fuel win because he’s a part-timer, but don’t count out Steve finding his mojo again with a final round appearance as well at Gateway.

3. Chase Elliott: Credit where credit is due to Elliott, who has become one of the best drivers in NASCAR and somebody that I’m a huge fan of, for overcoming a first-turn mishap to win the Roval.

4. AJ Allmendinger: It’s always fun to see guys like Allmendinger take the victory in part-time appearances. He was the class of the field in the Xfinity race on the Roval.

5. Tanner Foust: Foust is one of those guys who’s so consistently good that you almost forget sometimes. He’s poised to win the ARX title in a year where the odds were stacked against him. 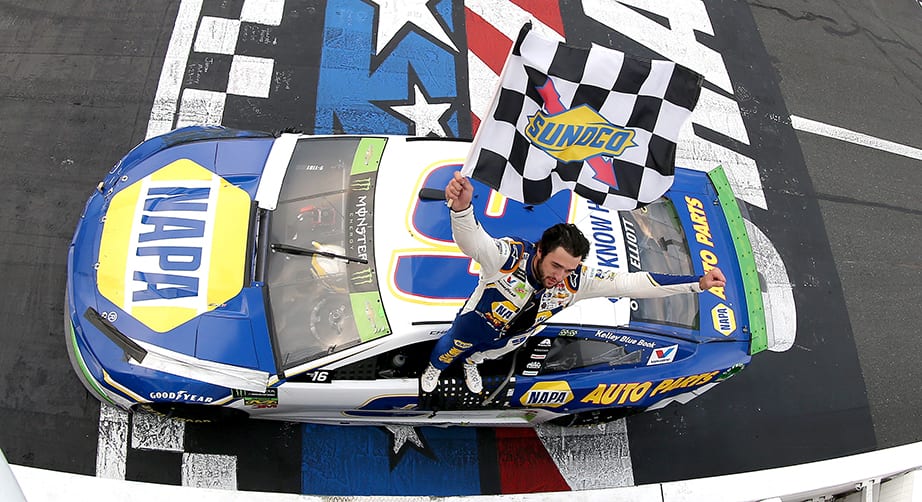 1. Chase Elliott: Look, if you bin it in Turn 1 from the lead, recover to win, and then do your burnout in the same spot where you binned it… I’m giving you mad props. So, yes, the Roval winner tops my list.

3A. Netherlands: I think I flipped my 3 and 4 half a dozen times before we recorded this week, so call them A and B. The Dutch dominated their home MXoN with top-10 finishes in every single moto.

3B. Torrence Racing: It’s always fun to see Billy and Steve race each other in an NHRA final, mostly because Billy’s the only race who seems like he can regularly beat his son!

5. Tanner Foust: I remember Foust flipping in the first-ever rallycross event at COTA as part of X Games Austin. But that memory is officially distant, as he now owns that track with two wins there in a row.