It was another Red Bull Straight Rhythm for the ages this year, as old school bikes met the future of motocross at Pomona Fairplex on Saturday. One winner represents the current pinnacle of the sport, while two other young riders stood out in the annual celebration of all things two-stroke.

Honda pulled out Jeremy McGrath’s 2006 CR250R, the last two-stroke to ever lead a lap in Monster Energy Supercross, and handed it to two-time Lucas Oil Pro Motocross champion Ken Roczen, who promptly won the 250cc class with it. In the finals, Roczen took down Brandon Hartranft, who wore Evel Knievel-themed gear in his debut with Troy Lee Designs/Red Bull KTM, and qualified first as he looked to back up Shane McElrath’s win for the team last year. 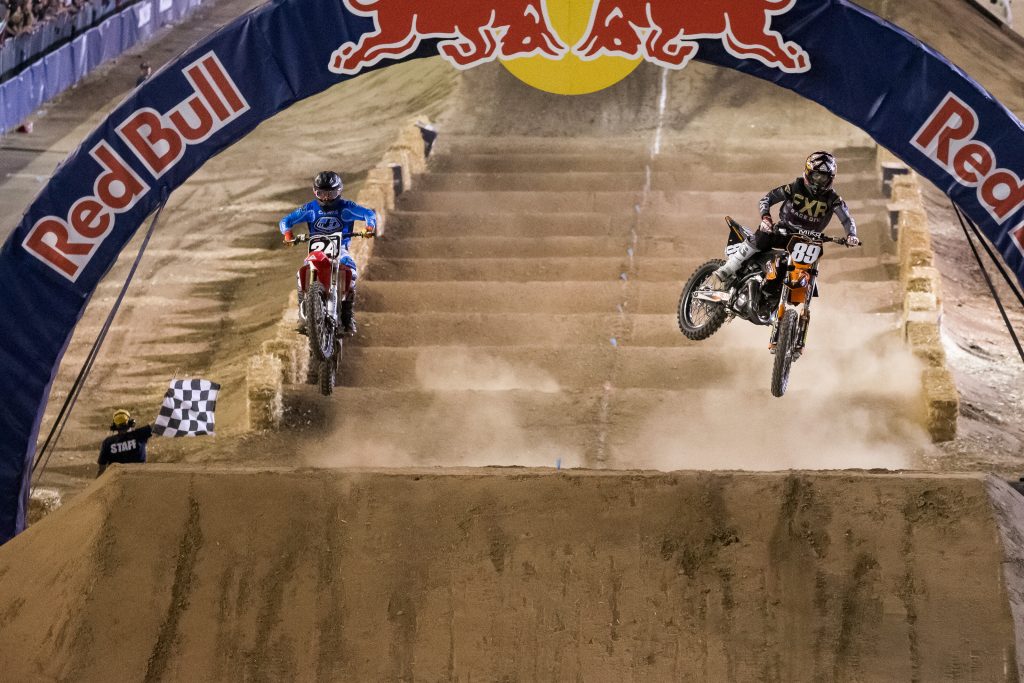 On the 125s, Joey Crown lived up to his name by taking this year’s championship from the top qualifying seed. Crown stared down AJ Catanzaro’s Travis Pastrana-themed retro look in the semifinals before taking down Michael Leib for the championship. Riding in Ernesto Fonseca tribute gear, Leib defeated the ultra-quick Max Vohland, who was honoring his father Tallon, in the semifinals.

Only two bikes ran the 500cc Showdown, but the two riders on them were all the class needed for pure entertainment value. Tyler Bowers issued the challenge to Pastrana to face off with him as both riders hit the half-mile with the biggest and baddest bikes in Pomona, and Pastrana showed up big with the RM-Zilla 500. He didn’t just drop the first backflip in Straight Rhythm race history, he also won the first race of the best-of-three matchup before ultimately falling in the decisive race to Bowers’ KX500. 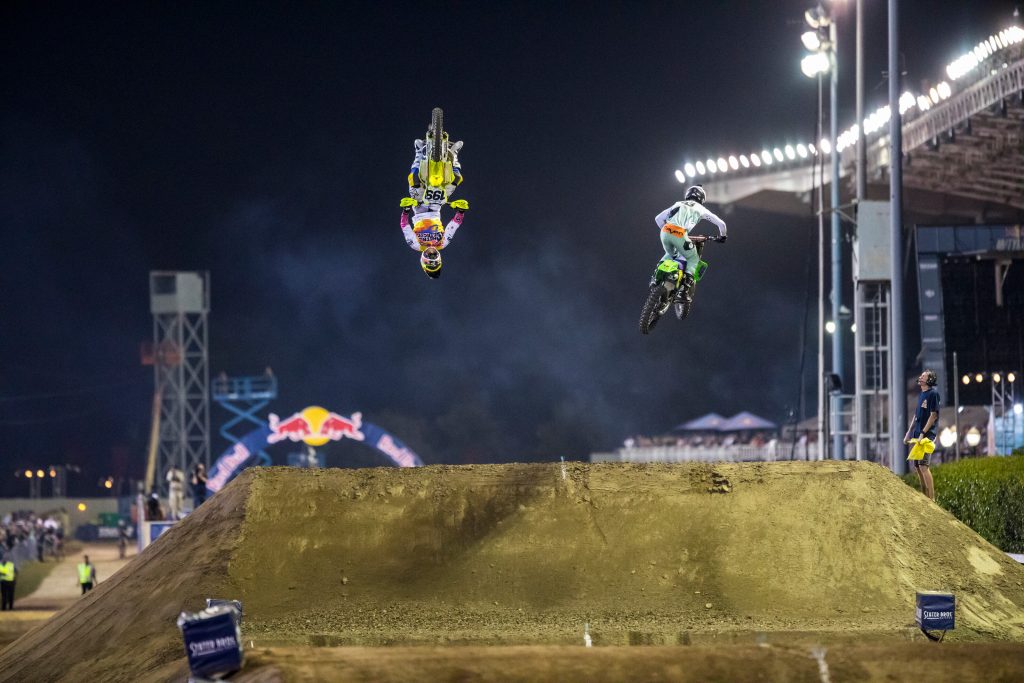 As always, Straight Rhythm humbled some of the biggest names in the sport, as the unwound Supercross track presented new and unique challenges for riders once again this year. Young gun Parker Mashburn upset Ryan Villopoto in the 8-9 matchup in the first round, while Pierce Brown took down Ronnie Mac (who made up for a DNQ last year) and Cooper Webb in succession before falling to Hartranft in the semifinals. Jason Anderson, meanwhile, didn’t even have the chance to race due to a bike issue.

With Red Bull Straight Rhythm wrapped for another year, many of the top riders in the show will now turn their attention to the Monster Energy Cup at Sam Boyd Stadium in Las Vegas in two weeks’ time. Alongside riders like Roczen, Webb, Anderson, and defending million-dollar event winner Eli Tomac, the entry list is expected to include MXGP veterans Tim Gajser and Jordi Tixier, a two-stroke from Mike Alessi, and the 450 debut of Adam Cianciarulo. 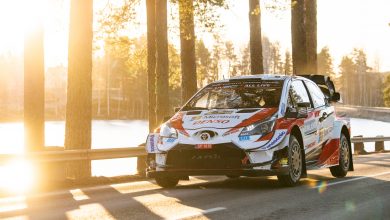 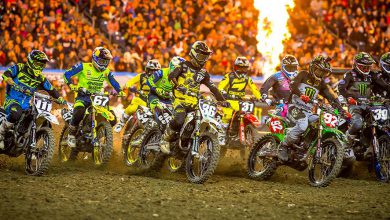 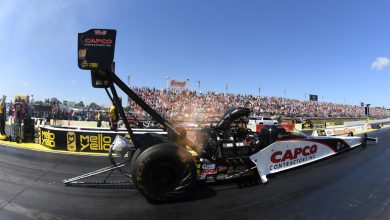 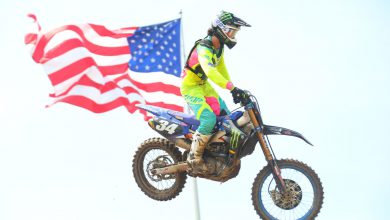