ARCA Racing Series champion Sheldon Creed might be new to the NASCAR world but he has one heck of a racing background. In this episode Sheldon is going to reflect on his ARCA championship and whether he saw that coming; why the time wasright to make the transition to the Truck Series with GMS Racing; what his goals are for his four races; what goes into winning a Gold Medal at the X Games; getting to race against Robby Gordon; the transition from off­road and Stadium Trucks to pavement; why he didn’t like stock cars at first; where his initial interest in racing came from and starting at 3 years old; a run­through of his racing career to this point; why he believes experiencing an off­road race is more fun than a NASCAR race; his hope for Stadium Trucks to get more recognition and looked atfor driver talent; praising Hailie Deegan; the origin of his ‘Showstopper’ nickname; the first thing he does in the morning; what his during the week job is; his love of action sports; our mutual love of Mexican food; disagreeing over pizza toppings; what his end goal is for his racing career.
Music: www.bensound.com.

The Down & Dirty Show LIVE from the BITD General Tire Party 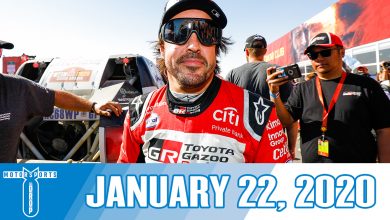