Robby Gordon and Matt Brabham split the victories in Stadium Super Trucks’ triumphant return to Australia as part of the Gold Coast 600 weekend on Saturday and Sunday. The series, considered by many fans to be one of the most exciting parts of Supercars race weekends when it heads Down Under, was making its first stop as a support category since signing a new agreement with CAMS, the country’s premier motorsport authority, that will enable it to return to events for multiple years to come.

Brabham and Gavin Harlien joined Gordon on the Saturday podium, while Paul “The Dude” Morris and Bill Hynes held onto their second and third starting spots throughout Sunday’s race. The 10-truck field featured an even split of American and Australian drivers, with Brabham, Morris, Toby Price, Russell Ingall, and Matty Nolan holding it down for the home country and Gordon, Harlien, Hynes, Cole Potts, and Greg Biffle representing the American invasion. 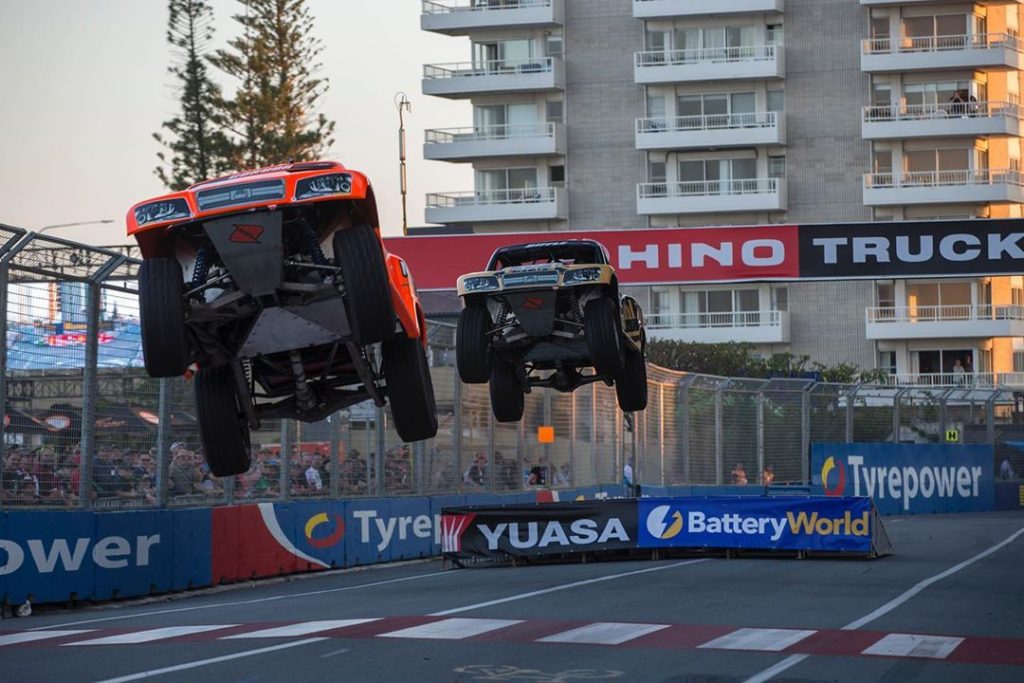 Gordon’s win and fourth place results enabled him to pass Harlien in the championship standings, but Brabham only continued to grow his championship advantage. As has been the case all season, Brabham loaded up on bonus points by making passes thanks to SST’s inverted race grids. By starting ninth and eighth on the way to his second and first place finishes, Brabham added 14 bonus points to his weekend haul.

Over the course of the weekend, Stadium Super Trucks also unveiled its eight visits to Australia and New Zealand for 2020:

The 2020 North American schedule has not yet been revealed, but expect the series to return to the NTT IndyCar Series race weekend at Long Beach on April 18-19. IndyCar’s dates in Toronto, Mid-Ohio, and Portland would also fit around SST’s announced dates Down Under, but a return to either Circuit of the Americas or Road America would have to take place alongside a different racing series. The NASCAR Xfinity Series runs at Road America on August 8, while the only major race date at COTA without an SST conflict would be the United States Grand Prix on October 24-25.

The Week That Was: Impressive Performances in Australia, Arizona, and More