For the first time since August at Road America, Stadium Super Trucks will return to action this weekend with a pair of races at Sydney Motorsport Park on Saturday and Sunday. The recently announced event, implemented as a replacement for the series’ planned visit to Surfers Paradise as part of the Virgin Australia Supercars Gold Coast 600 weekend, will serve as the penultimate event of the 2018 season, followed only by the series’ championship rounds at Glen Helen Raceway.

Expect the series’ typical mix of Americans abroad and Australian regulars to comprise the entry list for this weekend. Here are three names who can be reliably counted on to show up and impress:

50 points clear of Gavin Harlien for the SST championship lead, Brabham is one of a number of Australian drivers who have found a home in the series as the series has found a home in Australia. With four fast qualifiers, four victories, and nine podiums, he’s been as dominant as anyone has been in this series since Sheldon Creed’s two titles in 2015 and 2016. The third-generation talent may need a little luck to lock up the title this weekend, but he can set himself up to do it at Glen Helen in December.

The 2017 SST champion surprisingly still lacks a race victory in 2018, although part of his season has been impacted by injury. Morris currently finds himself eighth in the standings out of the series’ nine full-timers, with two podiums to his name at Barbagallo Raceway and Texas Motor Speedway. Finding his way back to the top step of the podium for the first time since last June would be a great way to celebrate the sport’s successful return Down Under.

When Gordon is inspired to make something happen, he won’t be deterred. That’s been the genesis of just about every racing program he’s ever helmed, from his exploits in NASCAR to the Dakar Rally and now SST. So when his series’ status in Australia was jeopardized by a disagreement with CAMS, Gordon found himself another sanctioning body and a replacement event a week later. Don’t be shocked if, in response to the drama, he goes out and wins himself a race or two this weekend. 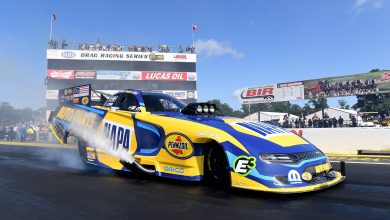 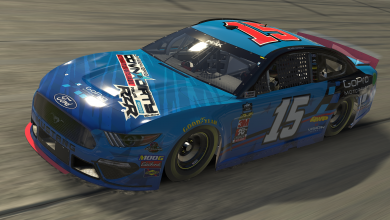