Sure, this seems like an easy question to answer if you’ve watched a race. The trucks launch into the sky off of dirt jumps and metal ramps, beat fenders on the ground and in midair, and occasionally the winners celebrate by lifting the truck up on two of its oversized tires and parading around the track.

It gets crazier, though: the guy who won last year’s championship still hasn’t won a race in 2018. 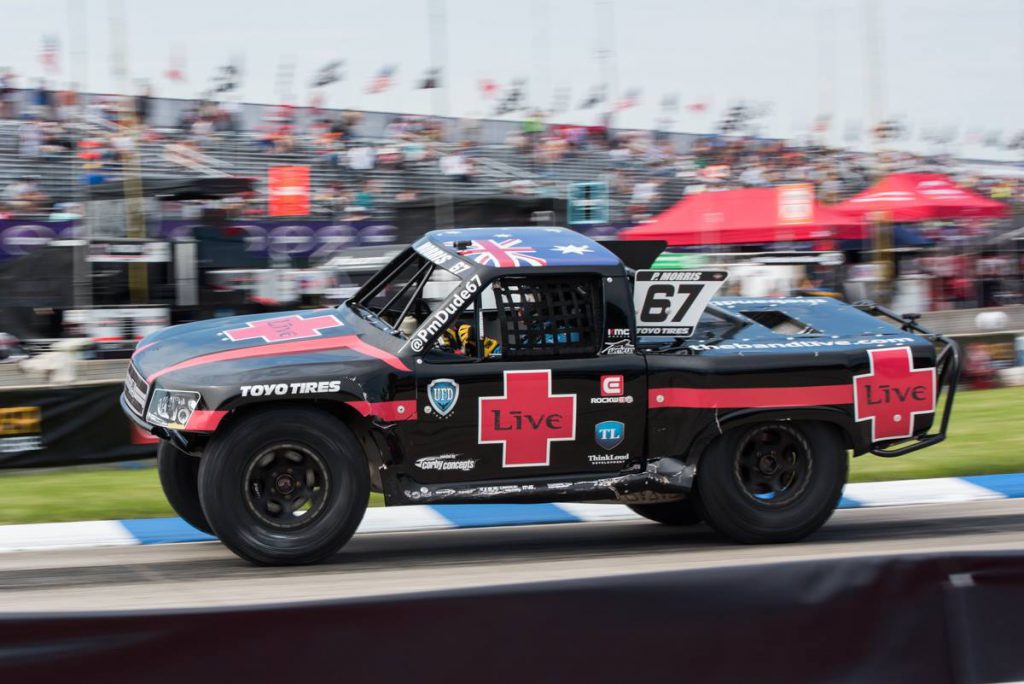 Australian Paul “The Dude” Morris was one of many drivers from Down Under to take to SST when Robby Gordon began bringing his series to Virgin Australia Supercars events in seasons past. But unlike most of his Aussie brethren, Morris—the only driver to win the Bathurst 1000, Bathurst 6 Hour, and Bathurst 12 Hour—decided to commit to running the full SST schedule two years ago, and finished fourth in points. That encouraged him to return in 2017, and with three wins and nine podiums, he took the title.

But 2018 hasn’t gone so smoothly for Morris, who was injured late last year and missed both last year’s finale and this year’s opening rounds at Lake Elsinore. He returned at Adelaide, but couldn’t crack the podium there with finishes of eighth, fourth, and eighth. Compared to runs of second, fourth, and first in 2017, it was a slow start to the season, albeit maybe not unexpected after the injury.

In Long Beach, though, the trend continued, with finishes of 10th and fifth compared to second and fourth last year. It wasn’t until the series returned to Barbagallo Raceway that Morris finally earned his first podium of the season. His second, and season-best second-place finish, came in the first Texas race.

All told, the 2018 season has been an uncharacteristic one for Morris so far. As only the third champion in SST history, he’s already in elite company alongside Gordon and Sheldon Creed, and the four-time Australian Super Touring Champion has nothing to prove to anybody in his career. But any successful racer can’t stand losing once they’ve had a taste of finishing on top, and it’s unlikely that Morris will prove the exception to the rule. With seven of the series’ nine full-timers having at least one victory already in 2018, don’t be surprised if he finally finds victory lane next month at Road America.