This weekend’s action motorsports offerings were among the most exciting we’ve seen all season, as three of the most unique racing disciplines out there—drifting, short course off-road, and motocross—all came out of off weekends. With Formula Drift heading to a new venue, Lucas Oil Midwest Short Course League kicking off the second half of its inaugural season, and Lucas Oil Pro Motocross coming down the home stretch of its championship, all three couldn’t have been in more different scenarios, either.

All those variables produced one of the most compelling weekends we’ve seen all summer, if not all year long. Take a look at some of the drivers who stood out in their championship events, as well as a brand new record-setter at the Bonneville Salt Flats:

Coming into Formula Drift’s inaugural visit to Gateway Motorsports Park, Long Beach winner Aasbo had fallen to 85 points behind defending champion James Deane in the standings with just three rounds to go. But the Papadakis Racing driver came into Missouri on a mission, qualifying first and taking down Matt Field in the final to earn his second victory of the season and record-extending 11th win of his career, while also chopping 55 points off of Deane’s advantage going into Texas next month.

On a weekend where none of the top names were able to complete a 1-1 sweep, Kincaid came as close as anyone in the 43rd Bark River Off Road Rumble in the U.P. in the Pro 2 class. After finally earning his first podium of the 2018 season on Saturday, Kincaid charged to the front of the field at the start of Sunday’s action to stalk Chad Hord for the top spot. After the mandatory competition caution at the halfway point, Kincaid made a bold pass around the outside to take the lead and hold on for the win.

After three rounds this Pro Motocross season, Nicoletti moved from one fill-in role at Autotrader/Yoshimura Suzuki in place of Justin Bogle to Rockstar Energy Husqvarna Factory Racing in place of Dean Wilson and Jason Anderson. With Anderson hoping to return next weekend at Budds Creek, Nicoletti gave the team a shot of momentum with his first career overall podium at Unadilla. The New York native finished third and fifth in his home state; he’s tied with Benny Bloss for seventh in points.

There was a time in America where setting speed records was the definitive form of motor racing, and the Bonneville Salt Flats still remain the country’s home for record-setting vehicles. Thompson kicked off this year’s Bonneville Speed Week by setting a brand new Bonneville record with a combined speed of 448.757 miles per hour, including an exit speed of 459.588 mph on Sunday’s run. Thompson, son of the legendary Mickey Thompson, demolished his own AA/FS Bonneville record of 406.769 mph, set in 2016. 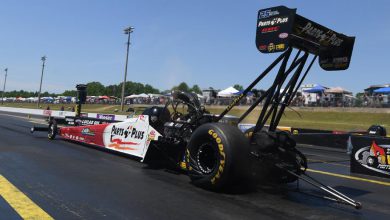 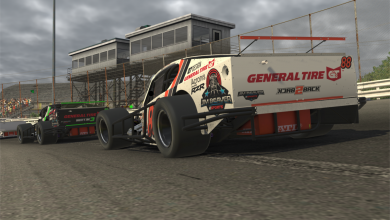 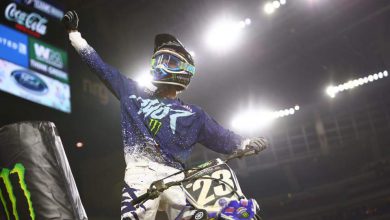